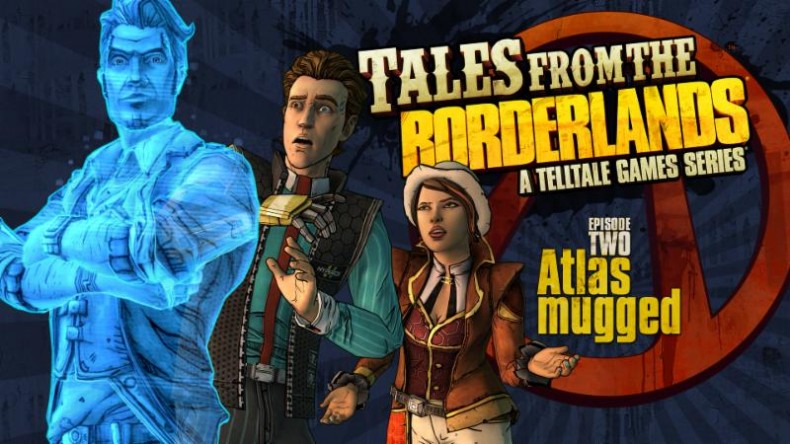 It’s hard to believe that the first episode of Tales from the Borderlands was released in November, and we’re now in March.

But it has, and Telltale have finally lifted the lid on some details for episode two, called “Atlus Mugged”, which let’s face it, is a terrific name.

In this second episode of the season, ‘Atlas Mugged,’ the discovery of the Gortys Project fuels a madcap race to find just what the Atlas Corporation was up to prior to Hyperion’s take over of Pandora. Our intrepid heroes are not the only ones on the trail. Vault Hunters, Bounty Hunters, Vasquez, and a giant monster thing with a mouth that looks like a… well, you’ll see… are all in pursuit. And to complicate matters, Rhys is being haunted by visions of a dead despot AND what Vaughn looks like without his shirt on. Can Fiona and Sasha hold everything together? That’s up to you.

The episode will be for digital download this month on PC/Mac via the Telltale Online Store, Steam, and other digital distribution outlets, and on PlayStation 4, Xbox One, PlayStation 3, Xbox 360, Android, and iOS devices.

Check out the trailer, below. I have to say, I absolutely loved the first episode, so here’s hoping Telltale can keep it up with episode two.

Editor-in-Chief here at GodisaGeek, I organise almost every bit of content as well as running our weekly Podcast, and being the lead producer on our YouTube Channel. That means I'm very busy and sometimes grumpy. Yay!
MORE LIKE THIS
2k gamesBorderlandsTales from the BorderlandsTelltale Games