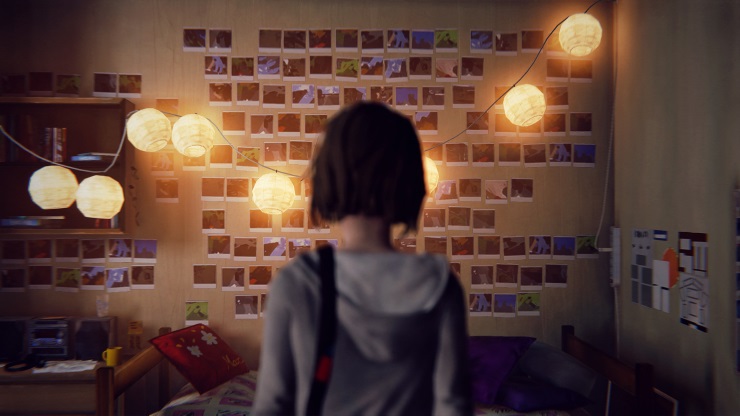 Just so you’re aware, SPOILERS regarding episode two of Life is Strange.

Here’s a brief break in the article in case you’ve accidentally clicked in, somehow. So, in episode two, Kate climbs to the top of a roof and wants to kill herself. She’s horribly depressed thanks to horrendous bullying, spurred on by (in my game, anyway) the fact she was drugged and ended up being filmed doing things she otherwise wouldn’t.

Let’s ignore the (also very much on point) fact that nobody is trying to help her, instead filming and taking photos on their mobile phones, and skip to the fact that, depending on how much you’ve paid attention, you can save Kate’s life. I couldn’t, though. I tried, and I couldn’t – I felt horrible.

But that’s episode two. At the start of episode three, Max (and by proxy, you the player) and the rest of the school are dealing with the fallout, and the horrifying realisation that they watched someone they know end their life.

It’s a minor thing, in the grand scheme of things, but searching Max’s laptop, reveals the screenshot below – which you can click to see full sized. It’s clearly Life is Strange’s version of Facebook and Twitter. It’s depressingly accurate, and shows how flippant we’ve become when it comes to other people’s feelings on social media. There’s the journalist trying to get an interview. There’s the person who thinks it’s all a fucking joke. They’re all there.

Episode three has a stunning ending, which I won’t ruin here. It cements DONTNOD as a developer that are doing something different, and it confirms that Life is Strange is truly something special. But if I took anything away from it (and the morning after, I awoke still thinking about that ending), it’s how on-point the minor details are.

I’m also interested to see how the world reacted if your game played out differently. Is Kate still alive? If so, what’s the reaction? How is your Max treated? I mean, how is Kate, for Christ’s sake?

Read our review of episode three, and tell us about your game in the comments below.

Editor-in-Chief here at GodisaGeek, I organise almost every bit of content as well as running our weekly Podcast, and being the lead producer on our YouTube Channel. That means I'm very busy and sometimes grumpy. Yay!
MORE LIKE THIS
DontnodLife is Strangesquare enix