previous
Podcast (23/6/15) - A New Hope
random
next
Holy Shit! The PS+ Edition of DriveClub was Available on US PSN! (Briefly)
0 comments 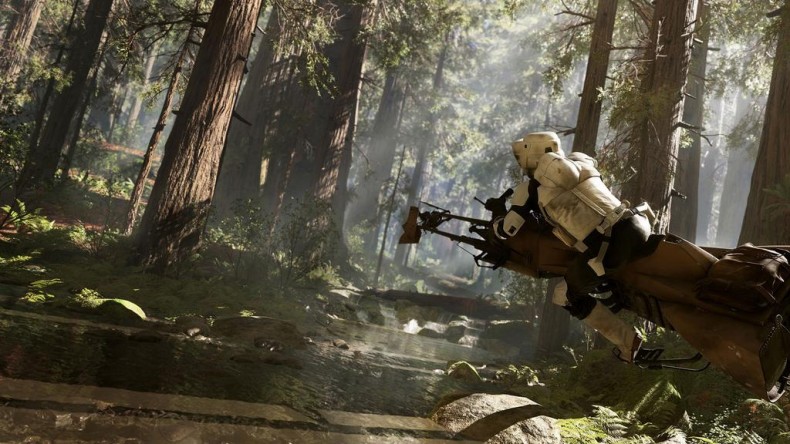 There were plenty of great announcements at E3. Dishonored 2, Fallout 4, Doom, hell that was just the first conference. Final Fantasy VII, Shenmue 3, Gears 4, they all happened in one glorious week in LA. None of them are our Game of the Show though. No, that award goes to a title that we saw the first real proper gameplay of: Star Wars Battlefront.

As the gameplay demo began on EA’s stage, a million voices were suddenly silenced. Like many, we had doubts when we heard DICE’s reboot would be predominantly online, but that demo. Just… wow.

It was like watching the films. That Hoth battle, from the details off the troopers to the bolts on the AT-ATs, is perfect. Sound, visuals, everything, it was incredible, and from Mike’s hands-on, it sounds like it really will play like that to.

So on that note, we’re incredibly pleased to announce Star Wars Battlefront is our Game of E3 2015. Congratulations to EA and DICE.

You can find me on Twitter and PSN as MacShanks, and feel free to hit me up if you have any questions, queries or feedback!
MORE LIKE THIS
diceE3 2015EAStar Wars Battlefront