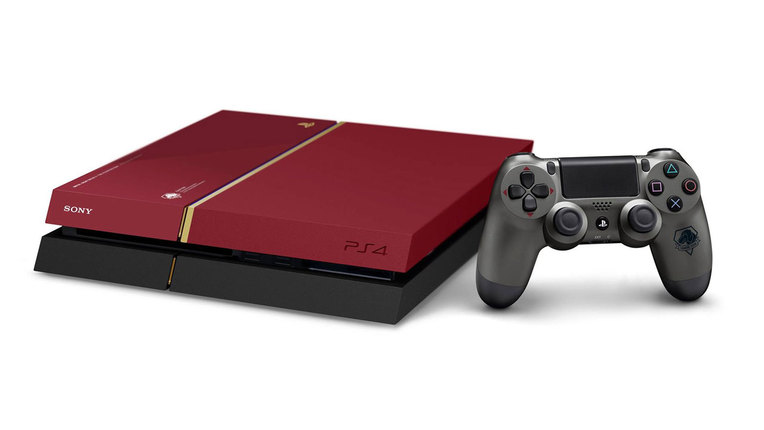 The console bundle, due for release on September 1, will contain a limited edition 500GB Playstation 4 console (in a special deep red colour with gold line detail, inspired by the look of Snake’s ‘Bionic Arm’ in the game), a Dualshock wireless controller in metallic grey as well as the day one edition of the game. Both console and controller will feature a Diamond Dogs logo, a private military initiative led by Snake, and the bundle will come with an exclusive Metal Gear theme for PS4.

The console bundle will have limited availability and will be available on September 1, the same day as the games official release.

Currently an English, Journalism and Creative Writing student at the University of Strathclyde. Based in Glasgow, I spend most of my free time playing video games ranging from Japanese visual novels to horror games. You can contact me at greg@godsiageek.com!
MORE LIKE THIS
Konamilimited editionMetal Gear SolidMetal Gear Solid V: The Phantom Pain