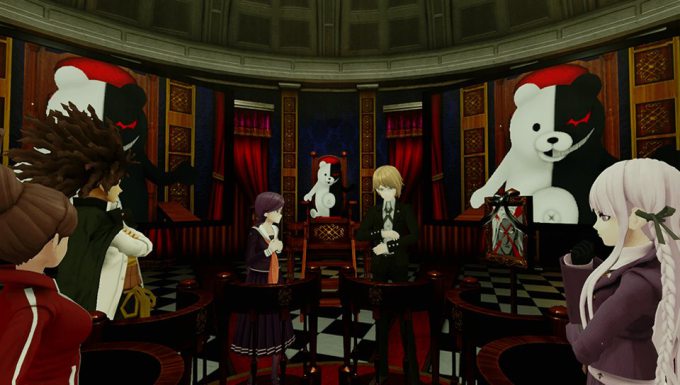 Sony and Spike Chunsoft have announced that a VR tech demo is currently in development based on the class trial gameplay segments of the latter’s Danganronpa series.

The demo, being developed exclusively for Project Morpheus, was announced at Ani-Com & Games Hong Kong 2015 and will bear the title “Cyber Danganronpa VR: Class Trial”.

Based on the class trial portions of Danganronpa 1 & 2, the demo will guide the player through the trial as they try to expose the killer – developed as if they are physically standing in the room with them. It is unclear whether this will include the mini-games such as Non-Stop Debates and Hangman’s Gambit.

Take a look at some screenshots of the demo below.

Currently an English, Journalism and Creative Writing student at the University of Strathclyde. Based in Glasgow, I spend most of my free time playing video games ranging from Japanese visual novels to horror games. You can contact me at greg@godsiageek.com!
MORE LIKE THIS
DanganronpademoProject MorpheusSony