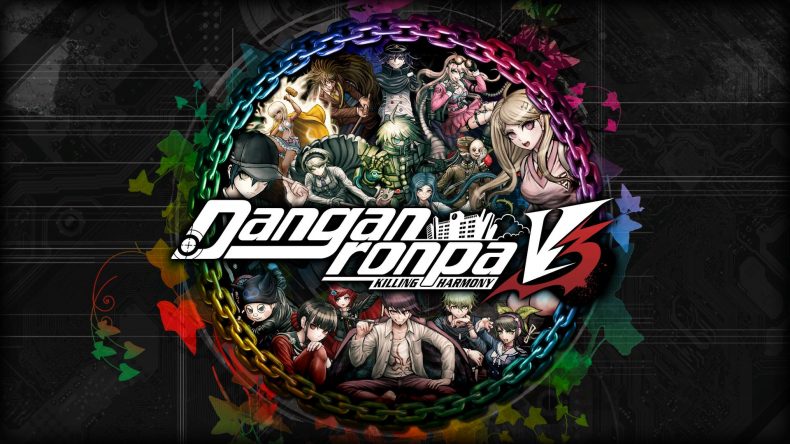 The Danganronpa franchise is one of my favourites in gaming and it has been great seeing it grow from what seemed like a random Japanese game launching the Vita to a major release across multiple platforms for the fourth game in the franchise. Danganronpa V3: Killing Harmony is a new entry and one that will split the fanbase with some of the story decisions. It has flaws and some of them really pissed me off, but the ending and most of the cast made me grow to love my experience in the end. I absolutely recommend playing Danganronpa 1 and 2 before this because there are spoilers for both games in V3 and because those two are fantastic. They are now available on just about anything as well so there’s no excuse.

As always, it is difficult to talk about the story without spoiling stuff. There are still “ultimates” in an academy as you’d expect in a mainline Danganronpa game but things never stay peaceful with Monokuma around. This game sees the introduction of the Monokubs who have their own personalities and one of my favourite theme songs in the franchise. The only way to escape is to kill and Monokuma definitely helps speed up the process just like in past games with motives. There are definitely some really disturbing themes in the plot and while nothing reaches Ultra Despair Girls in that aspect, expect some questionable characters and story moments here. Kazutaka Kodaka could have had an amazing story here but it has too much padding. Kokichi and Miu are definitely my favourite characters here. Overall this cast is not as good as previous games but still has some memorable characters. I have a lot of issues with the pacing of the story and how some gameplay changes make progressing through the story painful but the ending more than makes up for many of these problems. School life and trial sections are still the major portions of the core gameplay here but everything takes longer. It took me little over 50 hours to finish the main story without any of the extra features. This is nearly double of the time I spent in previous games. Trials are much longer and you should expect to take more than three hours for each trial. This is because the new minigames take longer and also because there are just more sections in the trial to get through. The School Life allows you to spend time with fellow students to unlock “memory fragments” which are useful to buy skills for the trials. This bit still feels like social linking in Persona and the payoff with character development will vary depending on who you spend time with. Remember that your favourite character(s) will most likely die because this is a Danganronpa game.

I don’t know why Spike Chunsoft decided to make minigames longer or just complicate them further here. People play these games for the story, characters, and mystery more than pointless time wasters to get to the bottom of things. I had some trouble with investigations on PS4 as well because of how inspecting works and the reticle needing to be on a specific area of an object to inspect it. Class Trials have new minigames and some changes like using a Lie to reveal a truth. Psyche Taxi is like OutRun with Hotline Miami like visuals and this feels like pointless padding. Rebuttal Showdown and Mass Panic Debate are nice additions. Trials feel a lot more involved with a teamwork feel thanks to a lot of the new additions. This is the first Danganronpa game that is apparently made for both handhelds and home consoles. I say apparently because while a lot of the visuals are an upgrade over previous games, there are a lot of remnants (no don’t even go there) of handheld assets in the PS4 version. Some of the animations zooming into characters reveal blurry portraits and a lot of the environment uses far too low resolution assets for the big screen. The UI on the other hand looks great and even the little things like the song playing on the top left and the menus during trials all look super. I wish they had spent a bit more time polishing the rest of the assets for PS4. The demo felt a lot better on the Vita even with the fps not being 60 on Vita. I got used to the inconsistent visuals after a bit but the big problem is in how animations and transitions take place. Investigating or trying to talk to someone results in a delay in a second or little under a second which feels like a freeze. This really annoyed me during the investigation sections. I even booted up Danganronpa 1+2 Reload and that felt a lot better in comparison.

NIS America’s localization is, for the most part, great. Voice acting is superb in both English and Japanese. I was hoping to see full voice acting for every bit of dialogue but it looks like we will need to wait for another game if at all to get that because there are still moments where there’s a sentence of dialogue in text but only a single spoken word here. I was a little shocked when I heard that the soundtrack was 5CDs compared to 2CDs for the other Danganronpa games. Masafumi Takada has outdone himself with an excellent soundtrack with both new music and new arrangements of old tunes. The trial finale music is my favourite arrangement of the lot. Screenshots are unfortunately blocked after the first trial. This is something Japanese developers need to stop doing and something Sony should not allow. I get trying to prevent spoilers (Atlus should’ve patched Persona 5 by now to allow screenshots) but when your game is on PC as well, what is the use of blocking screenshots on some platforms? Baffling that platform holders are allowing this when developers restrict certain features on some platforms but not others.

Danganronpa V3 is my least favourite in the series but one that has higher highs than Ultra Despair Girls. If you’ve been wanting to get into this franchise, start with the first two that are on PS4, Vita, and Steam. Killing Harmony manages to salvage itself with the ending and some genuinely great trials but could’ve used less padding overall. Since this is the first entry to be on console day one, I thought Spike would actually do better for visuals especially with portraits. This is one adventure game that fans will be talking about for a long time for both good and bad reasons.

It suffers from various issues that make the experience feel more padded, but Danganronpa 3 still has memorable characters and a kickass soundtrack holding it up.