previous
Geralt Gets Some New Moves With The Latest Witcher Patch
random
next
His Story: An Interview with Sam Barlow
0 comments 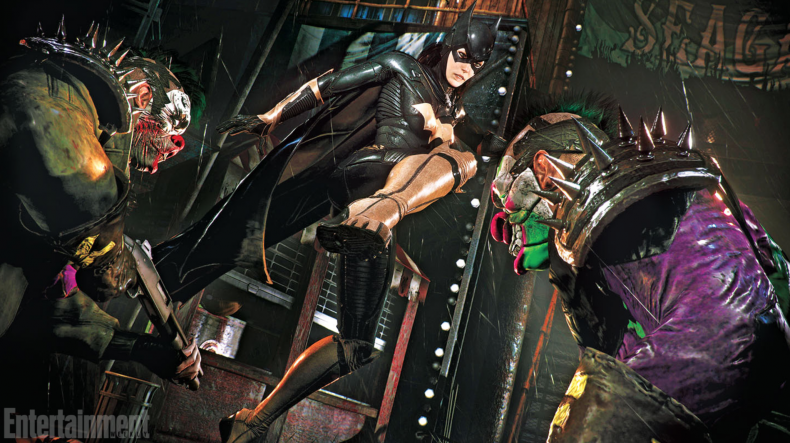 Some new details have appeared surrounding the plot and premise of the upcoming Batgirl DLC for Batman: Arkham Knight, courtesy of Entertainment Weekly.

The DLC will use the Dual Play system found in the main game, where players are able to take control of Batman as well as one of his accomplices (i.e. Catwoman, Nightwing etc). Set before the events of Arkham Asylum, Barbara Gordon will star as Batgirl and team up with Robin to save her father, Commissioner Jim Gordon who has been kidnapped by the Joker.

The Batgirl content will take place in a new location, Seagate Amusement Park, described by EW as “a nautical theme park built on top of an oil rig that the Joker has rigged to be a massive death trap”. Batgirl is more skilled at hacking and technology, giving her a slightly different play style from Batman. Harley Quinn will also appear in the DLC, but in a different form from the main game; instead she will be wearing her black and red jester costume as seen in Batman: The Animated Series.

The Batgirl DLC is being developed by WB Games Montreal, creators of Arkham Origins, and not Rocksteady. It is due for release on July 21 on Xbox One and Playstation 4. PC release is yet to be confirmed.

Currently an English, Journalism and Creative Writing student at the University of Strathclyde. Based in Glasgow, I spend most of my free time playing video games ranging from Japanese visual novels to horror games. You can contact me at greg@godsiageek.com!
MORE LIKE THIS
Batman: Arkham KnightDLCJokerRobin

Lego Jurassic World Holds The Sales Top Spot This Week
Be the first to comment!
Leave a reply »