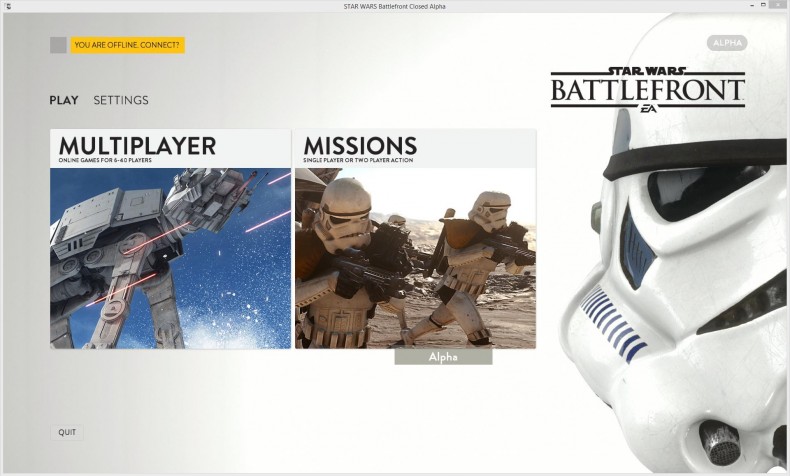 An online leak has revealed details about the weapons, vehicles and maps that are available in the Star Wars: Battlefront closed PC alpha.

The closed alpha, which started yesterday for a select few on Origin, had its client leak online and eager players have began studying these files to dig out as much information about the game as possible.

The user also details the weapons available in the closed alpha, discovered by analysing the weapons.sb file. According to the user, weapons include: E11, A280, DH17, DL44, DLT19, DLT20a, Rocket Launcher, SE14c, T21 and the EE3 (which they point on will most likely only be available for use by Boba Fett).

They also claim that emotes will be available in-game, ranging from gestures to signal low health to general communications such as clapping. The closed alpha apparently employs a matchmaking system similar to Call of Duty, and is not server based.

It should be noted that all of the content found in the closed alpha may in fact not carry over into the game at full release.

Currently an English, Journalism and Creative Writing student at the University of Strathclyde. Based in Glasgow, I spend most of my free time playing video games ranging from Japanese visual novels to horror games. You can contact me at greg@godsiageek.com!
MORE LIKE THIS
AlphaBattlefrontclosed alphaLeak