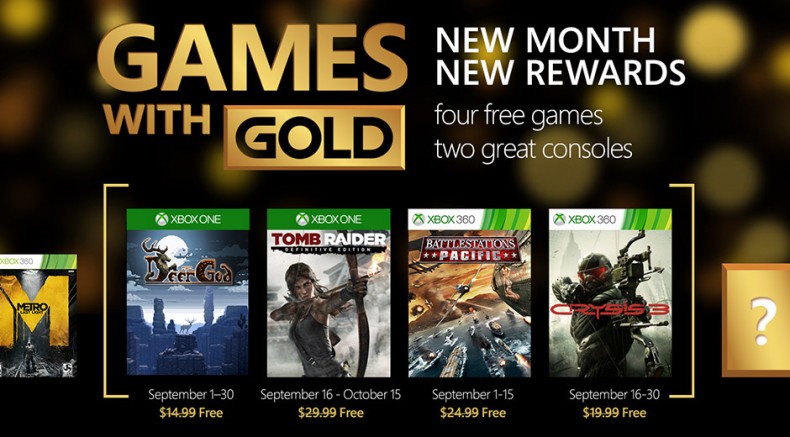 With August set to end with hardly a ray of sunshine, it’s that time again when next month’s Games with Gold lineup gets revealed.

For the entirety of December Xbox Live Gold members can get Kick Started Indie side scrolled, The Dear God, on Xbox One. Also on Xbox One, from September 16th-October 15th, you can get your hands on Tomb Raider Definitive Edition for free. A perfect warm up ahead of Rise of the Tomb Raider’s November release.

Xbox 360 players can get World War 2 tactics simulator, Battlestations: Pacific, from September 1st-15th. Then from September 16th-30th the beautiful shooter, Crysis 3 is up for grabs.