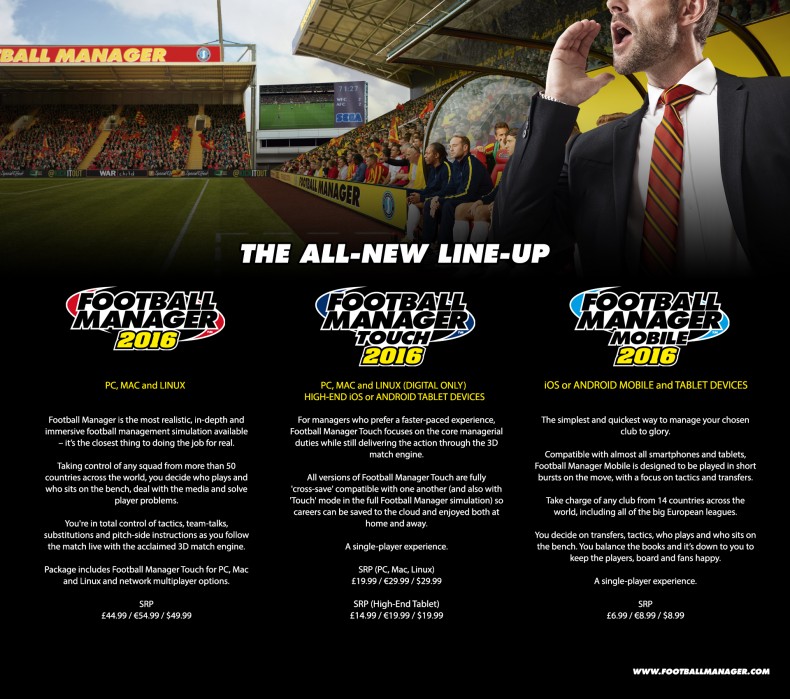 With impending battle for dominance and critical acclaim between PES and FIFA 16, it can sometimes be easy to forget that another annual footballing heavyweight is looming on the horizon too, as the latest addition in the Football Manager franchise, Football Manager 2016, will release on November 13th.

The newest of the three games, Footballer Manager Touch, is available on PC, Mac and also high end tablets. Touch is for the player who wants a more streamlined Football Manager experience. It focusses on just the managers core duties but is still able to give the match day experience.

Football Manager Mobile, once known as Football Manager Classic, is still the easiest, simplest and most basic version of the game, but great for playing on the go on almost any tablet or smart phone.

The full game, Football Manager 2016, is still the same game that has sold millions of copies, but with even more improvements like: 2,000 more match day animations, the ability to build your own club, a new game mode, your own customisable manager on the sideline, prozone analysis, set piece creator, expanded interaction with the press and so much more.