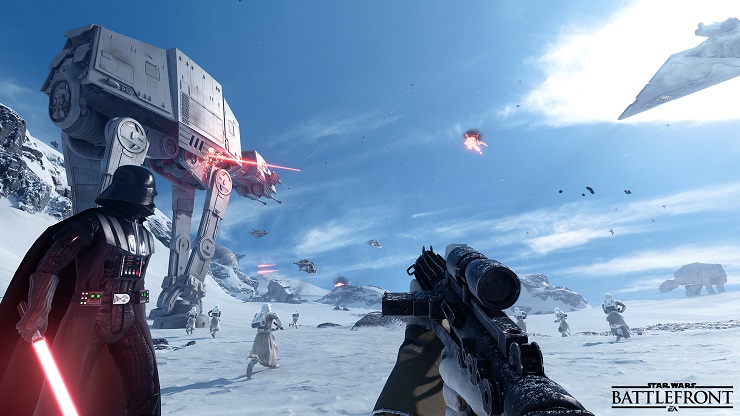 EA and DICE have informed us that a beta for Star Wars Battlefront will be coming in October.

Betas are the norm for online only games these days, mainly due to the possibly catastrophic outcome for if the game or its servers are broken at launch (see Diablo3, Driveclub, Halo: MCC).

Destiny had an alpha and a Beta before it’s release, Street Fighter V has had one, Call of Duty Black Ops 3 and Gears of War Ultimate Edition have also had them. So, it should be no surprise that EA and DICE aren’t willing to fly into Star Wars Battlefront blind and have set a time-frame for a beta ahead of the game’s release on November.

During the beta you’ll have access to the two game modes we have already seen, the Walker Assault on Hoth (a 40 player battle between the Rebels and the Empire) which will give the opportunity to play as Luke Skywalker and Darth Vader and also Survival Mission on Tatooine (a wave based horde mode for you and a friend).

The beta will also feature a new mode called Drop Zone, although no details have been given for this yet.

There’s also going to be a companion app for the game, and this too will be available in the beta. You’ll be able to grab the app from www.StarWarsBattlefront.com.

A lover, not a fighter and an all round good guy (he would say that, he wrote this after all), he's happy to be here as part of GIAG.
MORE LIKE THIS
diceEAOriginPC