Hands-on Preview: Four reasons why Battleborn could be great 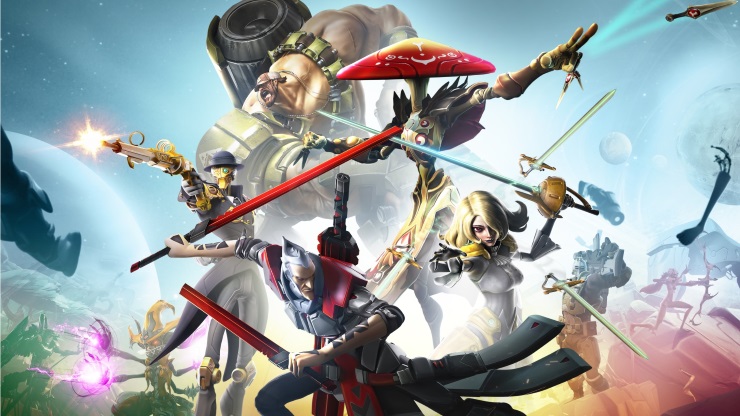 Battleborn is Gearbox Software’s entry into the shooter cross MOBA, that we don’t want to call it a MOBA because that sounds scary, even though they took loads of ideas from MOBA’s genre that is rapidly growing. Coming from the creators of Borderlands, my hopes heading into my hands-on time were reasonably high, although I was yet to be convinced that combining my beloved MOBA genre with a cartoony shooter was the way to go.

However, after getting a good couple of hours with it, it’s clear that Battleborn works incredibly well, and is great fun. So here are four reasons why it could end up being great when it launches next February.

It has diverse Characters. One of the more MOBA like features that Battleborn uses is a large roster of unique characters. With 25 available in the final release (but only 15 in the version I got to play) there is a lot of variety, with each of them having a unique weapon and three abilities. Some are very typical shooter style characters, with an assault rifle type weapon and abilities that throw grenades or that allow you to dash away. Others, meanwhile, are melee only characters that require you to get up close and personal to deal damage. One such hero that I partially liked was Rath, who was quick and dealt a ton of damage with his two swords, his third ability was also just like Juggernaut’s Blade Fury ability in Dota. Despite not getting hands on with all of the characters there was clearly a lot of variety, with each character feeling unique. The developers on hand mentioned that once you get the hang of things drafting certain characters into a line-up that synergizes well together is key.

It has solid shooting mechanics. Coming from the guys who made Borderlands you would expect the shooting to be at least somewhat similar, but it is almost a carbon copy in many ways; which is great. When you hit someone damage numbers pop out of them just like Borderlands, weapons feel incredibly different just like borderlands, and I never felt like the mechanics were holding me back, something that has bugged me in the likes of TF2. There are issues with some characters, such as Boldur who had the annoying ability to throw his axe at people, but it was never clear just how far it would travel, but overall the combat was great fun and actually required some skill to kill people.

It combines the best of shooters and MOBAs. If it wasn’t clear by now, Battleborn combines a lot of MOBA elements into a game that is primarily a shooter. The core mechanics of most characters are something that wouldn’t look out of place in a cartoony shooter, but features like having multiple characters, objectives in some game modes (which we will get to in a moment), and the different skills each character has are very MOBA like. Arguably this is the best combination possible, the core gameplay of a MOBA is that it’s traditionally incredibly difficult to learn, due to the millions of possibilities that can happen and the complex rules that are in place, but some of the ideas there work incredibly well for multiplayer games, so grabbing them and sticking them in what is arguably one of the most easily accessible genres is the perfect combination.

It has different game modes which make it more shooter or MOBA like. During my hands-on I got to try two game modes and they couldn’t be more different if they tried. Helpfully they also help back up my running narrative that this is a shooter-cum-MOBA. The first mode was very much like domination in CoD or Control Points in TF2. There were three sections on the map that needed to be controlled, and when owned by a team they would gain points. Here it genuinely felt like I was playing a normal shooter with only hints of a MOBA. The second game mode was much more like a traditional MOBA. Minions would spawn on each team’s side of the map and would walk towards a meat grinder on the opposite side of the map, getting your creeps to the grinder would grant points while killing the enemy creeps would stop them from scoring points, which is basically the gameplay of a traditional MOBA – just missing out the destroying buildings part. This means that if you are a fan of them then the second game mode will probably be for you, if you can’t think of anything worse than a MOBA then play the first game mode and you won’t even consider that this is like a MOBA.

But it has competition. There are only four reasons why it could be great because it is impossible to talk about Battleborn without at least considering the fact that there are a lot of similar games coming out around the same time. Blizzard’s Overwatch is about to go into closed beta, Microsoft has Gigantic, Team Fortress 2 is still massively popular; hell even Call of Duty Black Ops III has more than a few similarities. As with any online game a decent community is needed to make it work and with many similar games either already out there or coming soon it could be a case that Battleborn gets lost in the pack. It would be a shame, but it’s certainly a possibility to watch out for.

eSports! I joined God is a Geek all the way back in September 2013 and since then have spent most of my time on Dota 2, and occasionally posting the odd review, news article or totally wrong predictions for The International. When I am not playing Dota I can probably be seen watching some kind of strange eSport or begging for more Twitter followers (@MikeStubbsy if you are interested). Aside from GiaG I am a computing student, football coach and major Apple fanboy.
MORE LIKE THIS
2k gamesBattlebornGearbox Software