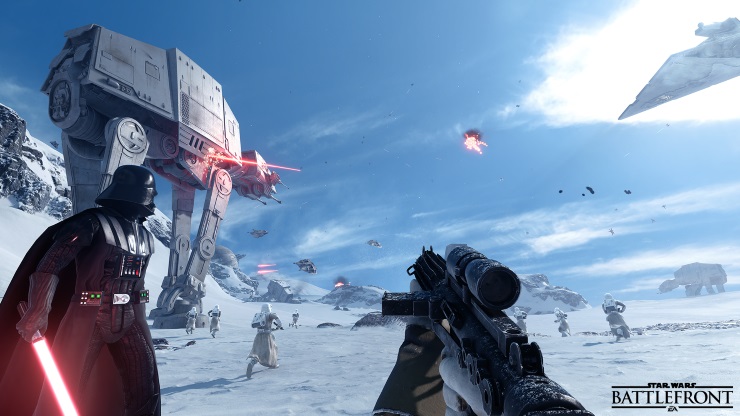 In fact, this sees the best selling launch of a Star Wars videogame ever, with SW: Battlefront selling 117% more than the last record holder The Force Unleashed.

Its sales numbers also see it placed as the fourth biggest selling title this year, and it’s classification as a reboot rather than a sequel sees it claim the title of biggest selling non-sequel PS4 title from previous holder Destiny (seems like cheating a little bit though).

Call of Duty: Black Ops 3 sees a 50% reduction in sales, yet still holds firmly to the number two spot this week, while Fallout 4 – the darling of last week – sees itself slide to third. FIFA 16 sees a rise bring it up to number four, and a 37% decrease in sales doesn’t stop Rise of the Tomb Raider from hanging in at number five.

The release of the PC version of Assassin’s Creed: Syndicate sees the game climb back to number seven, just under Lego Dimensions at number six. The top ten is then rounded off with Minecraft Story Mode, WWE 2K16 and then Need for Speed.

A lover, not a fighter and an all round good guy (he would say that, he wrote this after all), he's happy to be here as part of GIAG.
MORE LIKE THIS
diceEAPCPS4