previous
Podcast 11/12/15: Speaking of Hitler...
random
next
PaRappa the Rapper 2 Launching on PlayStation 4 Next Week
0 comments

Ark: Survival Evolved Coming to Xbox One Next Week 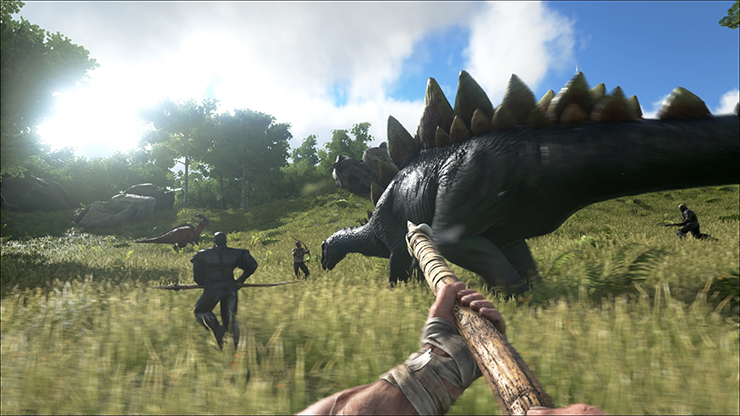 Come December 16th, Xbox One owners will be able to play Ark: Survival Evolved on their consoles as the dinosaur-taming simulator will be available via Xbox One Game Preview – Microsoft’s equivalent to Steam Early Access.

As reported by Polygon, Studio Wildcard state that their survival title has sold 2.5 million copies since launch – no small feat as the game has only been on Valve’s digital distribution service since June of this year.

Ark’s Xbox debut will come with all the bells and whistles currently seen in the PC version, with the game scheduled for a full release in June, 2016. While the Ark was announced for PS4 back in May, with the lack of an Early Access-like program on Sony’s console, we likely won’t see the game on PlayStation until next Summer.

Ark has proven massively popular in the short time it has been out, with the likes of DayZ and Rust players gravitating toward its similar premise and, let’s be honest, dinosaurs. I’m sure Xbone players will lap up the idea of riding a T-Rex, just as much.