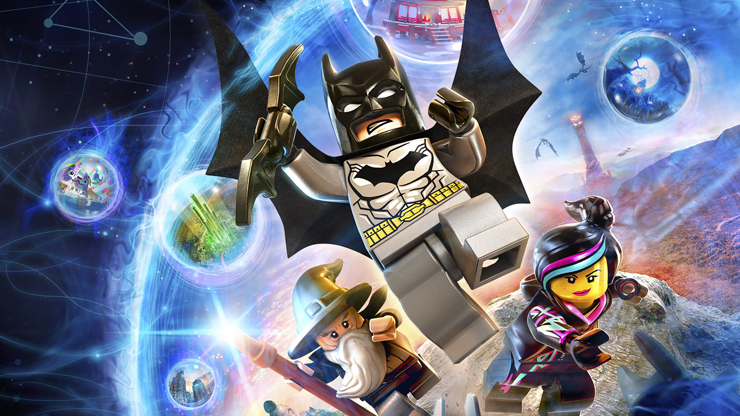 I have a confession. I have recently become just a teensy bit obsessed and addicted to LEGO Dimensions. This brick-tastic take on the Toys to Life genre has seriously impressed me with the quality and quantity of awesome minifigures and vehicles, based on some incredible intellectual properties that probably appeal more to me as a man in his early 30’s than a younger fanbase!

This week’s release of the Wave 3 LEGO Dimensions sets is further proof of this, with some of the most beloved characters around, available for purchase and use within the game. For those not paying attention, Wave 3 includes the following packs:

Who you gonna call? The Ghostbusters of course! This tiny Peter Venkman minifigure comes with a whole new level – A Spook Central Adventure, alongside the Ghostbusters hub level, the iconic Ecto-1 vehicle – and of course, what self-respecting Ghostbuster wouldn’t be complete without a proton pack and Ghost Trap?

“Ghostbusters fans who want to spookify their LEGO Dimensions experience beyond the Ghostbusters level in the LEGO Dimensions Starter Pack can add the Ghostbusters Level Pack which includes “A Spook Central Adventure!” a mission-based Ghostbusters level where players must fight Gozer and save New York City.  The pack comes with a buildable Peter Venkman LEGO minifigure and Proton Pack, Ecto-1 and Ghost Trap – all playable in the game. Players can use the misfit parapsychologist’s Laser Deflector, Suspend Ghosts, and Hazard Protection abilities to solve puzzles and overpower enemies.  They can also boost their gameplay with the Ecto-1 which can be rebuilt into the Ecto-1 Blaster and Ecto-1 Water Diver and the Ghost Trap which rebuilds into the Ghost Stun ‘n Trap and Proton Zapper.  The pack also allows access to the Ghostbusters Adventure World where gamers can play as one of the four Ghostbusters. Players can replay through the game and other levels to trap ghosts and access more collectibles in their journey to save the LEGO multiverse.”

The Clown Prince of Crime and his beloved Harley bring their trademark madness and mirth the LEGO Dimensions, complete with the Joker’s Chopper and Harley’s Quinn-Mobile vehicles. LEGO Batman’s going to have to be on his toes with these two around!

“Players can add a touch of mischief to their LEGO Dimensions gameplay with the DC Comics Fun Pack featuring the demented duo of The Joker and Harley Quinn.  Activating The Joker’s powerful Grappler, Target, Hazard and Electricity abilities or Harley Quinn’s Acrobat and Super Strength abilities will help them to solve puzzles and battle enemies. When things get tough, players can send in The Joker’s Chopper and Harley’s Quinn-mobile, and then rebuild them – respectively – into the Mischievous Missile Blaster and The Joker’s Lock ‘n Laser Jet; or the Quinn Ultra Racer and Missile Launcher for upgraded abilities in the game.”

Did somebody call a Doctor? Nope, but the Cyberman is here to bring mechanical mayhem with the fearsome Dalek in tow!

“Whovians can upgrade their LEGO Dimensions gameplay with the Doctor Who Cyberman Fun Pack, featuring a buildable Cyberman minifigure and rebuildable Dalek. Players can place the drone-like humanoid on the LEGO Toy Pad to bring him to life in the game, then activate his hi-tech Mind Control, Hacking, Drone, X-Ray Vision, Silver LEGO Blowup, Technology, and Dive abilities to solve puzzles and take on the enemies in true Doctor Who style. The Dalek can be rebuilt it into a Fire ‘n Ride Dalek and Silver Shooter Dalek.”

Looks like the Doc is in – and just in time! Doc Brown can finally join Marty McFly on his LEGO Dimensions adventure, bringing his second magnificent time machine – The train from Back To The Future Pt. III!

“Players can take their LEGO Dimensions gameplay to the future and back again with the Back to the Future Doc Brown Fun Pack. Placing everyone’s favourite absent-minded scientist on the LEGO Toy Pad will bring him to life in the game where players can activate his Hacking, Technology, Fix it, and Drone abilities to crack puzzles and defeat enemies. If he runs out of ideas, bring in Doc Brown’s Traveling Time Train and rebuild it into the Flying Time Machine and Missile Blast Time Train.”

Finally, one of LEGO’s own creations, Sensei Wu from the Ninjago line of LEGO playsets! This Ninjago master has an awesome array of abilities that’ll come in handy when looking for those hard-to-reach collectables. Plus – He has a dragon!

“Players can also take a wise master on their LEGO Dimensions adventures with the LEGO Ninjago Sensei Wu Fun Pack which includes a buildable Sensei Wu minifigure and his golden staff, plus a Flying White Dragon which can be rebuilt into a Golden Fire Dragon and Ultra Destruction Dragon. Players can deploy his Spinjitzu skills and other special abilities to solve puzzles and battle enemies.”

All of these packs are available in shops today in North America, and Friday 22nd January in Europe. I know I’ll be grabbing most of these – How about you?

A veteran GIAG member, I've been writing, talking and taping for the site since 2011
MORE LIKE THIS
Back to the Futuredoc brownDoctor WhoGhostbusters