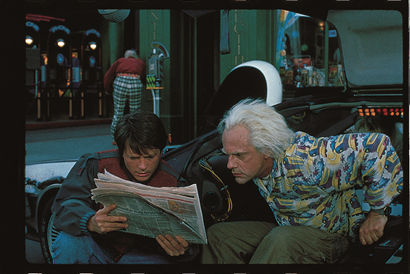 Starting from September 9 Sky Cinema is dedicating a channel to some of the best sci-fi films from Back to the Future to The Terminator.

The channel will run up until October 8 and will play host to all the Star Wars films (yes, even the terrible prequels and Rogue One), the ten original Star Trek films, Close Encounters and with the release of Blade Runner 2049 they’ll have the Director’s Cut of Blade Runner and a special programme dedicated to the new film.

Also, sure to create some debate, Sky 1 will play host to The Greatest Sci-Fi Films in the Universe tonight at 9pm, where they’ll run down the twenty greatest Sci-Fi films of all time (citation will be needed).

I think it’s fair to say that if you love Sci-Fi then the Sky’s the limit.

A lover, not a fighter and an all round good guy (he would say that, he wrote this after all), he's happy to be here as part of GIAG.
MORE LIKE THIS
Back to the FutureBlade Runnersci-fiSky