previous
Homefront: The Revolution launching May 17 in North America, May 20 in Europe
random
next
Psychonauts is coming to PS4 this spring
0 comments 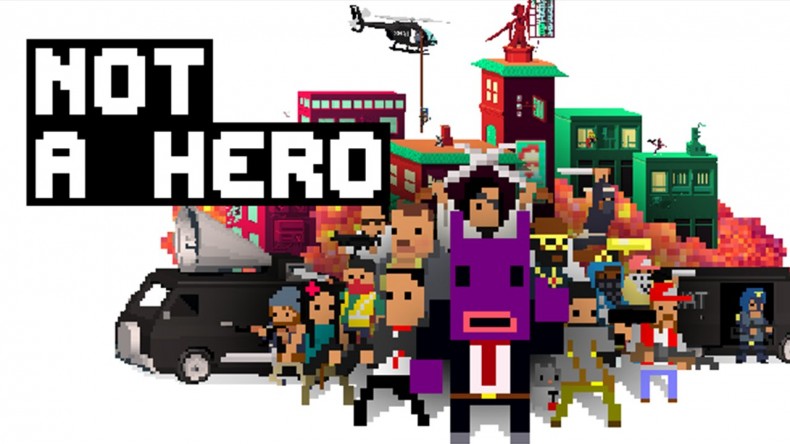 Not A Hero, Roll7’s run-and-gun comedyfest, will finally release on PS4 on February 2.

The game was originally released on Windows last May, and will now finally see a release on PlayStation 4 – despite support for the console being initially announced alongside the PC release.

An official descriptor for the game reads: “Not A Hero follows professional assassin-turned-amateur campaign manager, Steve, who is charged with cleaning up the city by a time-traveling rabbit / British mayoral candidate named BunnyLord. Now Steve and his expanding roster of dubious heroes must wield their unique skills to shoot, slide, dive and take cover behind a political platform built on ethics, accountability, and an inordinate amount of gunfire. Eliminate the criminal underworld of the city’s three major districts and persuade undecided voters to your cause, tackling the issues that matter by putting a gun in the mouth of those issues.”

I reviewed Not A Hero when it released, and gave it a solid 9/10, calling it “a cult-classic in the making”. Seriously, it is one of the funniest games I’ve ever played.

Currently an English, Journalism and Creative Writing student at the University of Strathclyde. Based in Glasgow, I spend most of my free time playing video games ranging from Japanese visual novels to horror games. You can contact me at greg@godsiageek.com!
MORE LIKE THIS
Devolver DigitalIndieNot a HeroPS4