Opinion: More Pokémon? No, PokéMMO is the way to go 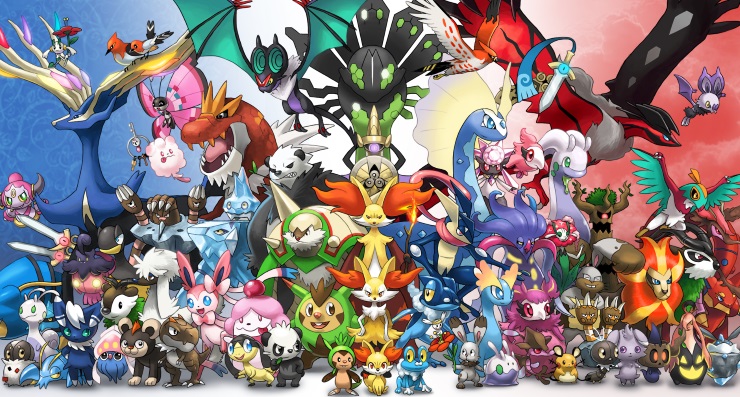 ‘I wanna be the very best, like no-one ever was. To catch them is my real test, to train them is my cause.’

There are many people who would read or hear those lyrics and get giddy with excitement and with good reason, Pokémon is huge. Not any old franchise can go for twenty years spanning games, toys, a trading card game, a TV series and numerous films, but here we are, all these years after Pokémon Red and Blue/Green came into our lives.

Nintendo took the opportunity of Pokémon’s twentieth anniversary to broadcast their latest Direct event, during which they revealed two new Pokémon games, Sun and Moon. I started my adventure with Pokémon Blue and since then I’ve managed to play a game from nearly every generation; but I just couldn’t drum up the enthusiasm for Sun and Moon. It’s great to see new Pokémon and a new adventure, but it’s about time The Pokémon Company changed things up a little.

The games are obviously still extremely popular, the sales alone attest to that. But for many the single player formula is starting to feel a little bit tired, because it follows the same template every time. Your character has just turned of age to be able to have their first Pokémon, they meet their rival for their, go through an area full of ‘Normal’ Poké-fodder and on their adventure they’ll uncover some plot to destroy the world and you’re the only person who can prevent it. On the way to the conclusion you’ll have to play through a water section – hello constant Tentacruels, a cave segment (filled with Geodudes and Zubats), a power plant, a ghost tower, a bit where you’ll get a bike and have to go along a cycle way, and also a beauty pageant; it’s just all so predictable.

It’d be a risk, but turning Pokémon into a PokéMMO is where GameFreak needs to take the series. As a single player game Pokémon has always mirrored the MMO template; people have a starting area for low levels, and they venture outwards to get stronger. Along the way they meet other players, fight enemies, enter gyms, and generally get stronger. You’ll take up side-quests for NPCs thereby solving their problems, battle and capture wild Pokémon, store them in banks in the cities and use them to solve the problems of the world’s populace along the way, it shares so much with the MMO genre.

Those little segues the story takes into large buildings to stop the big evil would in theory be instanced dungeons. Imagine teaming up with a bunch of other Pokémasters to take on the latest evil organisation to attempt to take over the region. Attempting instances in groups should see enemies be tougher to deal with (considering the increased player count), but also lead to greater rewards/enhancements for you and your Pokémon.

PvP (Player versus Player) will see you able to take up the challenges of other player trainers (or refuse if your team is in bad shape), or take to arenas for Pokéstadium battles. Nintendo could host tournaments on a semi-regular basis to encourage people to take part in the competitive element more. Making player interaction THE focal point of the game rather than an optional part of it would be excellent because the opportunities for emergent storytelling in this format are immense. As we’ve seen from how World of Warcraft has evolved over its lifetime, MMOs are very flexible with the way they can be played. Players could farm berries to sell for money, craft Heals and other items for people to buy from a market place. But the beauty of this would be that it wouldn’t have to be delivered right at the start; Nintendo could easily launch with a core adventure, and look into expanding the content as all other MMOs have done. Being consistently online would allow them to push out the updates whenever they wanted to. They could release small story content updates for free on a semi-regular basis but produce much larger updates such as new territories with new Pokémon as paid expansions.

There are numerous fan-made projects in the works like PokéMMO, Pokémon Legends and Pokémon Revolution Online, these are very obviously labours of love for their creators but there’d be nothing like an official game made by the Pokémon Company themselves. The technology is there, we’ve seen Dragon Quest X on Wii U and Monster Hunter on 3DS has proven extremely successful.

I’m not saying that creating this would be easy, it’d definitely be a lot of work and would take a long time to ensure they get the balance right, but it would be the shake up the series needs. It’d certainly help Pokémaniacs like myself to get over their Pokéfatigue. Even after twenty years there are older fans who still want to prove they’re the very best, like no-one ever was and a completely connected Pokémon universe would be the best way to do that.

A lover, not a fighter and an all round good guy (he would say that, he wrote this after all), he's happy to be here as part of GIAG.
MORE LIKE THIS
Pokemon

The release dates of 3 Pokemon games have just been announced