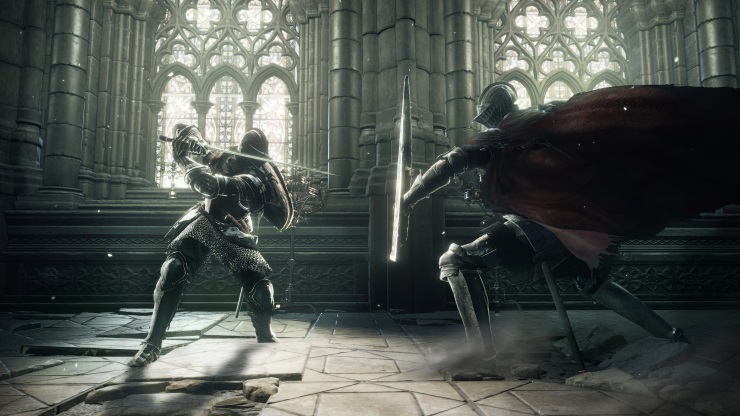 And that’s all you need to know, right? Look, fucking hell, we all want to play this, but try to stifle the arousal long enough to click play, won’t you?

The footage is taken from the early parts of his hands-on, because we don’t really want to ruin too much of the game, but note you’ll see two bosses (though we’ve cut out the intro cut-scene for the game, and the character creation), and a lot of the starting areas.

Supporting our Patreon (click the picture below) helps us make this kind of content, so consider throwing a pound, dollar, or euro at us so we can keep doing this stuff.

Editor-in-Chief here at GodisaGeek, I organise almost every bit of content as well as running our weekly Podcast, and being the lead producer on our YouTube Channel. That means I'm very busy and sometimes grumpy. Yay!
MORE LIKE THIS
Bandai Namcodark soulsDark Souls 3from software