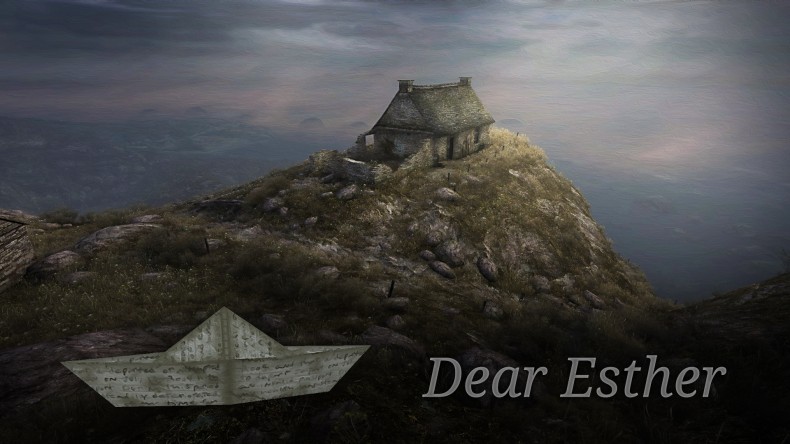 Curve Digital have announced that a ‘Director’s Cut’ of Dear Esther will be released on PS4 and Xbox One later this year.

Dear Esther was originally released on PC in 2012, taking place on a remote island of the Scottish Hebrides with players assuming the role of a troubled man piecing together the chain of events which lead to his wife’s death. The console versions will debut a “Director’s Commentary” mode in which subsequent replays will be accompanied by an audio retrospective of the game’s inception, development, release and impact by the game’s creators.

“We’ve always known that Dear Esther would continue its story,” says Dan Pinchbeck, The Chinese Room, “and we’re delighted to be writing that story with Curve Digital. Dear Esther is a hugely important game to us, so it’s great to know it’s in very capable hands – we’re excited to see the reaction from PlayStation 4 and Xbox One players.”

“It is rare that a game can be considered ‘genre-defining’; but Dear Esther is one such title,” says Simon Byron, publishing director, Curve Digital. “It was literally the game I set up a Steam account for, so to work with the immense team at The Chinese Room to bring their seminal game to a console audience is a genuine thrill. I’m really excited that both PlayStation 4 and Xbox One owners are soon to embark on a journey which has the potential to change them.”

No solid release date yet, but its set to launch later this year. See some screenshots in the gallery below.

Currently an English, Journalism and Creative Writing student at the University of Strathclyde. Based in Glasgow, I spend most of my free time playing video games ranging from Japanese visual novels to horror games. You can contact me at greg@godsiageek.com!
MORE LIKE THIS
Curve Digitaldear estherdirectors cutPS4