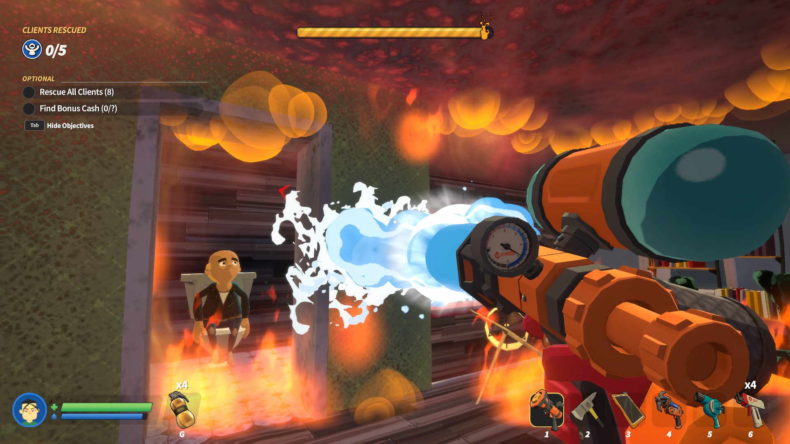 The firefighting multiplayer title Embr is today joining Game Pass for both Xbox and PC, but it’s also getting a free update on every available platform as well.

Howard Tsao, Team Lead at Muse Game said “We can’t wait to see how players work as a team to defuse bombs planted by rival corporate spies, and to see the carnage that arises when players start pointing the finger at each other as the potential ‘Sabotr’. It’s the next step in Embr’s evolution, and we’re excited to welcome the millions of players on GamePass to the party as well”.

We reviewed Embr and even made a video on it, so you can see it in action. Mick Fraser said that “Aside some visual bugs caused by the ragdoll physics and some truly horrendous screen-tear, there are no real performance issues to speak of. Embr is a lot of fun alone or with a group of friends. Whether you’re fighting a raging blaze, rescuing people from a collapsing building or salvaging cash and goods from a disaster zone, the premise is the kind of borderline genius that makes up for some wonky physics and visual inconsistencies. But if you ever find yourself calling Embr for help, don’t say I didn’t warn you.”

PlayStation, Xbox and Nintendo Switch owners will find the new ‘Secret Hosr’ mode pops up in play automatically after an update, while Steam owners can also pick it up for free by downloading the dedicated DLC from the Steam client.

Embr is available now via Game Pass for Xbox, and it’s also out now on PlayStation 4 and PC.