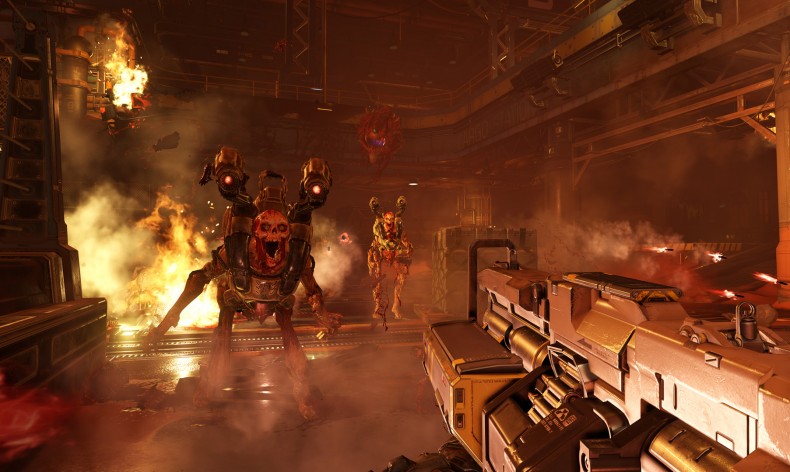 An open beta for Bethesda’s reboot of demonic FPS DOOM is set to begin on April 15 on all platforms.

The open beta will run from April 15-17, and will be available for pre-load starting April 12. Players will be able to try out the Team Deathmatch and Warpath modes on the ‘Heatwave’ and ‘Infernal’ maps. Bethesda also announced three packs of downloadable content for DOOM, including “a number of new maps, hack modules, playable demons, weapons, and more.” Each pack will cost £11.99 each, or players can pick up a season pass for £29.99.

The first DLC pack, set for release after the game’s launch, will include:

DOOM will be available on PS4, Xbox One and PC on May 13.

Currently an English, Journalism and Creative Writing student at the University of Strathclyde. Based in Glasgow, I spend most of my free time playing video games ranging from Japanese visual novels to horror games. You can contact me at greg@godsiageek.com!
MORE LIKE THIS
AnnouncementbethesdaDLCDoom