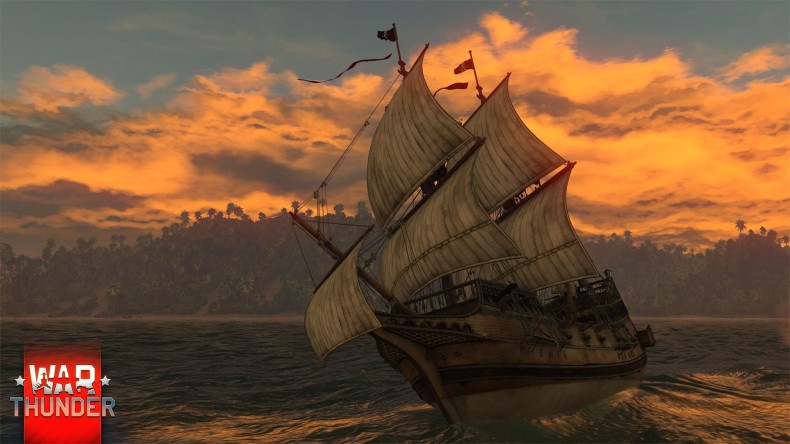 Gaijin Entertainment have announced that they will be introducing legendary sailing ships in its latest update for their MMO WWII online game War Thunder.

Available for all players, these historic battleships will take the fight to distant lands and contested waters. The first test-session starts today and will last until the end of the weekend. War Thunder‘s latest update will introduce British fighting ships from the beginning of the Eighteenth Century with other nations to be added later.

“It’s been a very interesting and challenging task to recreate historic battles of the most powerful sailing nations. We started working on it last year, adding interactive water, and then a few days ago we added interactive weather conditions, which are very important for realistic sailing conditions,” said Gaijin Entertainment CEO Anton Yudintsev. “The weather can change from complete calm to raging storm.”

Like their tank and plane counterparts, War Thunder’s sailing ships will also have their own interactive damage model (no health points). Gaijin Entertainment has taken care in crafting these sailing behemoths to be armored the way they were during their dominance of the oceans of long ago. Naval battles will be available in the War Thunder Events menu in the game and will be available in Arcade mode. Players will be able to take the rank 1 British ship, the legendary “Golden Hind” galleon and join a battle on the shores of the lost islands.

More ships of the Royal Navy and other nations will become available soon.

Currently an English, Journalism and Creative Writing student at the University of Strathclyde. Based in Glasgow, I spend most of my free time playing video games ranging from Japanese visual novels to horror games. You can contact me at greg@godsiageek.com!
MORE LIKE THIS
contentGaijin EntertainmentMMOupdate