previous
New Cuphead gameplay video has us frothing at the mouth to play it
random
next
Techland announces it will publish Torment: Tides of Numera
0 comments

Large Dark Souls 3 update out now for PS4 and PC, all the details here 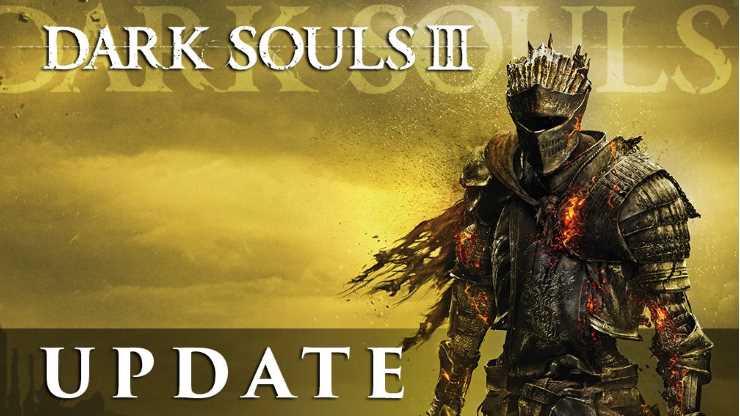 A large update is hitting Dark Souls 3 on PS4 today, with Xbox One information to be communicated later.

The patch should already have happened in the UK, so when you next boot up the game, you’ll see the following changes:

• Archdragon Peak: Fixed the freeze when jumping into the fog after ringing the bell.
• The Rinfinger Leonhard quest will now start properly after the removal of the restriction on the maximum number of Pale Tongues that can be offered to Rosaria, Mother of Rebirth.
• Trophies will now unlock correctly even if the required item is sent directly to the storage.
• Fixed a Skill being changed based on a right hand weapon when equipping white hair talisman on the left hand while holding the Sacred Flame with both hands
• The Horsehoof Ring (which increases stamina drain of attacks) will no longer affect other attacks besides its initial effect on kicks.
• It will no longer be possible to equip a helm when using a Wax Pool after using the Dragon Head Stone.
• Fixed the HP drain damage of Symbol of Avarice when resting near bonfire.
• Fixed a spell animation and effect not synching up when using magic repetitively.
• Fixed when summoning the white phantom NPC under a certain circumstance, the character’s collision will properly function nullifying all enemy attacks.
• Fixed issue where skills could be performed even when a certain amount of FP was not available.
• Adjusted the attack cancel parameters of some curved swords attacks.
• Adjusted the attack power and skills of fist and claw weapons.
• Adjusted the skills of twin blade weapons.
• Fixed the scythe not penetrating shields at close distances.
• Adjusted stamina consumption and attack cancel parameters for rapier weapons.
• Adjusted the attack collision for the washing pole weapon.
• Adjusted parameters of Farron Hail and Bursting Fireball.
• Adjusted; casting speed, stamina consumption, and cancel timing of some Spells.
• Increased the number of arrows/bolts that can be possessed.
• During online multiplayer: During the invasion of a Dark Phantom, the host will no longer be separated from his area.
• During online multiplayer: A dark phantom can no longer be forcibly brought back in some maps.
• During online multiplayer: When the player is summoned during a boss battle, the boss will no longer become motionless even after the player is back to his/her world.
• The status effects below the stamina gauge will no longer be hidden when opening the top menu with HUD display set to auto.
• The voice chat icon will now remain visible when the HUD display is set to “Auto.”
• Fixed the display of strength level shown in the equipment menu when using two-handed weapon.
• Other game balance parameters have been adjusted.
• Several game flaws fixed.

Just in case you haven’t had it yet, you can check the timing for App version 1.05 and online regulation 1.08 as follows:

I know Greg will be happy that they’ve changed the attack collision for the Washing Pole weapon, unless that means you have to be nearer to collide. We’ll see!