previous
No Man's Sky will not require PlayStation Plus to play
random
next
Telltale adding multiplayer voting element into all future titles, starting with Batman
0 comments 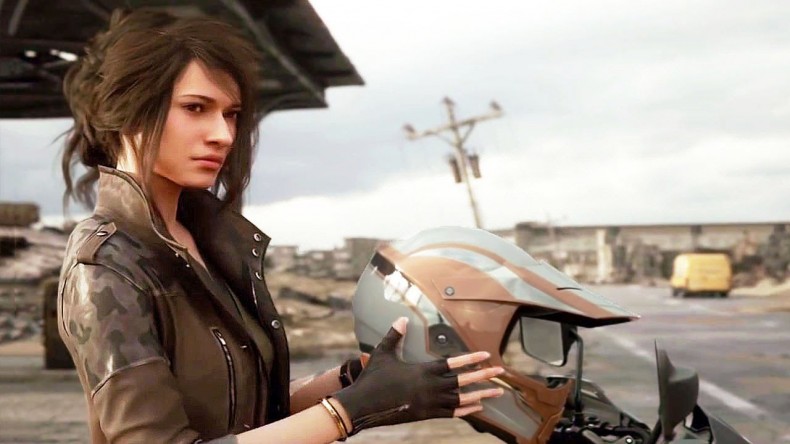 London, UK – July 25, 2016 – Experience the global phenomenon when the action-packed, feature-length epic, KINGSGLAIVE: FINAL FANTASY XV, debuts on digital on August 30 and on Steelbook, Blu-ray™ and DVD on September 30 from Sony Pictures Home Entertainment. Highlighted by beautiful, state-of-the-art CG technology, the revolutionary new movie goes beyond the game franchise to deliver an experience that action fans, both familiar and unfamiliar with FINAL FANTASY, will enjoy. Featuring the voice talent of Aaron Paul (Breaking Bad), Lena Headey (Game of Thrones) and Sean Bean (The Lord of the Rings franchise) and new music from Florence + The Machine, KINGSGLAIVE: FINAL FANTASY XV finds King Regis (Bean) attempting the save the city of Insomnia from the menacing empire of Niflheim with the help of an elite force of soldiers called the KINGSGLAIVE, led by Nyx Ulric (Aaron Paul).

The Steelbook, Blu-ray, DVD and digital release of KINGSGLAIVE: FINAL FANTASY XV each include four behind-the-scenes featurettes that take viewers deeper than ever before into the making of the one-of-a-kind movie. Fans go behind the scenes and into the recording booth with Aaron Paul, Lena Headey and Sean Bean as they reveal the process of creating vocals for their characters in “A Way with Words: Epic and Intimate Vocals”; viewers see what goes into designing the world of the film in “Fit for The KINGSGLAIVE: Building the World”; the intricate process of capturing the physical, human performances at the heart of the computer-generated film is explored in “To Capture The KINGSGLAIVE: The Process” and; fans can learn about the creation of the film’s sweeping score in “Emotive Music: Scoring The KINGSGLAIVE.”

The magical kingdom of Lucis is home to the sacred Crystal, and the menacing empire of Niflheim is determined to steal it. King Regis of Lucis (Sean Bean) commands an elite force of soldiers called the Kingsglaive. Wielding their king’s magic, Nyx (Aaron Paul) and his fellow soldiers fight to protect Lucis. As the overwhelming military might of the empire bears down, King Regis is faced with an impossible ultimatum – to marry his son, Prince Noctis to Princess Lunafreya of Tenebrae (Lena Headey), captive of Niflheim, and surrender his lands to the empire’s rule.  Although the king concedes, it becomes clear that the empire will stop at nothing to achieve their devious goals, with only the Kingsglaive standing between them and world domination.

KINGSGLAIVE: FINAL FANTASY XV was directed by Takeshi Nozue from a screenplay by Takashi Hasegawa and was produced by Larry Sparks, Shinji Hashimoto, Kosei Ito and Hajime Tabata.

§  “A Way with Words: Epic and Intimate Vocals”

§  “Fit for The KINGSGLAIVE: Building the World”

§  “To Capture The KINGSGLAIVE: The Process”

KINGSGLAIVE: FINAL FANTASY XV has a run time of approximately 110 minutes and is rated 12 for fantasy violence and action throughout.