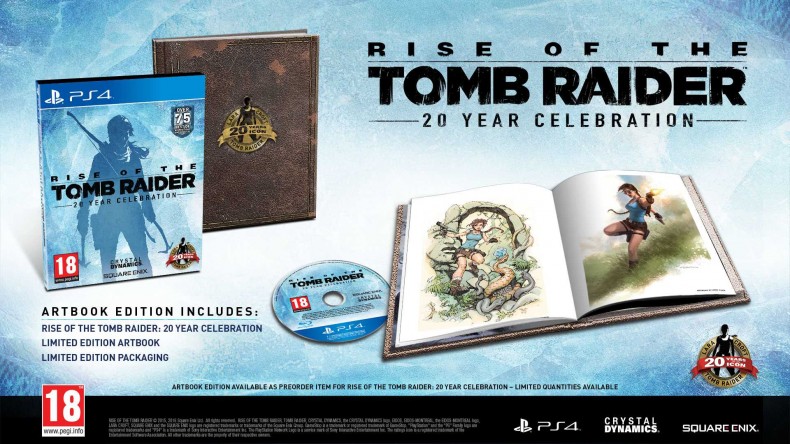 Square Enix have confirmed the PS4 version of Rise of the Tomb Raider (subtitled: 20 Year Celebration) will be released on October 11, this year, and will contain an entirely new story chapter that has PSVR support, and also co-op endurance gameplay.

Yep, you read that right, Blood Ties will have PSVR, along with all the previously released DLC, more outfits and weapons. The limited edition even comes with an art book. The rest of the content (excluding the VR support) will also be available for PC and Xbox One, also. There will be no season pass for PS4, as everything will be bundled with this release.

“This year we celebrate 20 years of the iconic Lara Croft,” said Ron Rosenberg, co-Head of Studio at Crystal Dynamics. “This provided the perfect opportunity for us to deliver a new Tomb Raider experience. With the addition of PlayStation VR support, you can play the world through Lara’s eyes for the first time in franchise history.”

There will also be an “extreme survivor” setting that is the hardest difficulty setting, with all checkpoints being removed, and the only way to save is to light campfires by gathering resources. News
Rise of the Tomb Raider

Editor-in-Chief.
MORE LIKE THIS
Rise of the Tomb Raider

Rise of the Tomb Raider Xbox One X enhancements announced