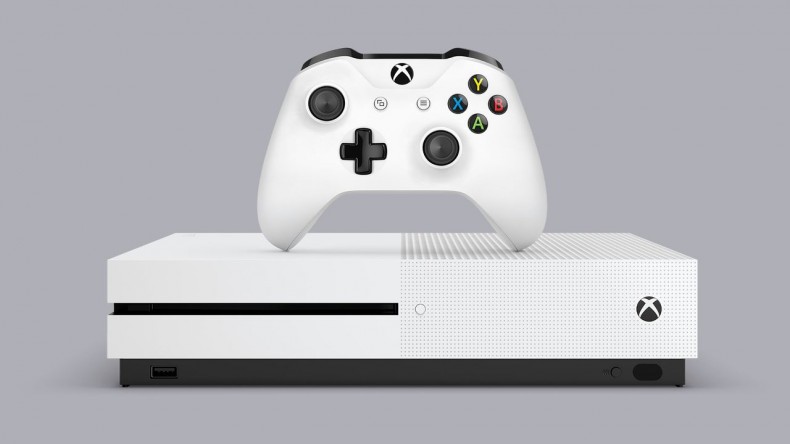 Microsoft have announced that their revamped Xbox One S will launch in the United Kingdom on August 2 at the RRP of £349.99.

The Xbox One S was announced during Microsoft’s E3 press conference, and boasts a 40% smaller size than its predecessor. The console will also launch with a 2TB hard drive, a built-in power supply and three USB ports, as well as being able to play Blu Ray discs and stream video in 4K resolution — 4K TV required, however. The Xbox One S will have HDR support for games, allowing for better contrast ratios and a more refined colour.

Coming with the console is the new, redesigned Xbox Wireless Controller, now with textured grip. Bluetooth support and improved wireless signal. The controller will be available for purchase as a standalone accessory on August 2, too. If 2TB is too much storage for you, Microsoft will be releasing a 500GB and 1TB edition in the future, at a price of £299.99 and £249.99 respectively. Release dates for these editions are yet to be confirmed.

Currently an English, Journalism and Creative Writing student at the University of Strathclyde. Based in Glasgow, I spend most of my free time playing video games ranging from Japanese visual novels to horror games. You can contact me at greg@godsiageek.com!
MORE LIKE THIS
consoleMicrosoftXbox Onexbox one s