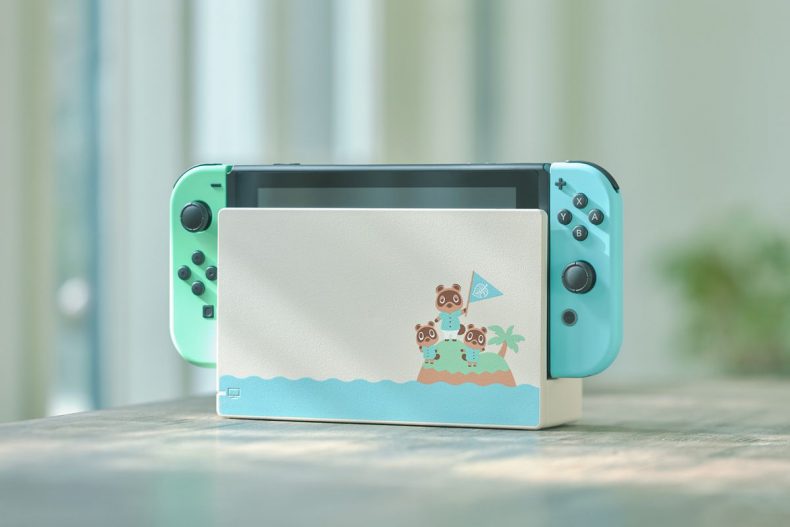 There have been a lot of awesome limited edition consoles over the years, and it’s time to add another to that list as a new Animal Crossing themed Switch console is coming on the 20th of March.

“The Nintendo Switch Animal Crossing: New Horizons Edition console sports a unique design inspired by the new game. As well as a pattern on the back of the console, the bundle includes pastel green and blue Joy-Con controllers that are white on the back, coloured wrist straps, and a white Nintendo Switch Dock, adorned with images of recognisable characters Tom Nook and Nooklings Timmy and Tommy.

My love of pastel colours has been documented, so obviously I would love this beauty. Maybe I could get a loan from Tom Nook…