previous
Who Cares if No Man's Sky Has No Story?
random
next
Report: Inside coming to PS4 this month, trophies leaked online
0 comments 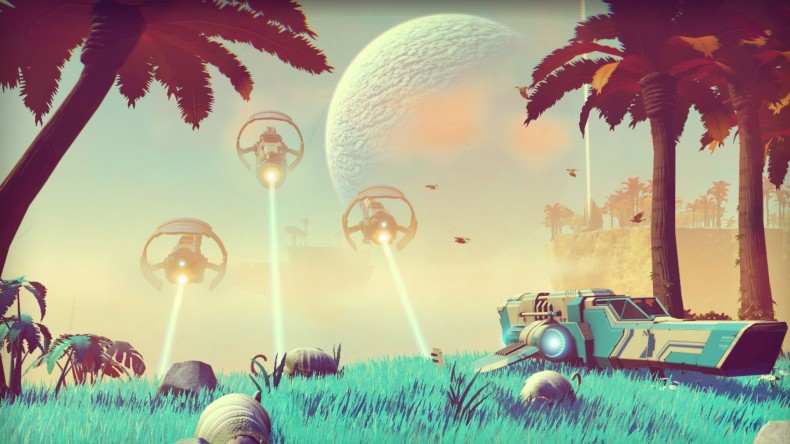 A No Man’s Sky fan who got a copy of the game an astounding eleven days early has reported that there is a drastic flaw with the game’s economy which allows players to reach the centre of the universe in mere hours of gameplay.

The aim of No Man’s Sky is to explore, fight and trade your way to the centre of the universe, with Hello Games being entirely tight-lipped on what players can expect once they get there. Of course, there is far more to the game that just reaching this point, but the developers have made clear that this is the main objective of No Man’s Sky. It was expected that reaching the centre would be a lengthy process, one that would take weeks of gameplay, but the leaker claims otherwise.

Reddit user daymeeuhn spent $1250 to get a copy of the game early and has been regularly posting about his experiences playing the game on the discussion site. The user claims that once you arrive in a specific location with a galaxy, you will receive an Atlas Stone — an item which can be sold for ten times the value of anything else in the game. The user writes: “I was selling stacks of rare resources for 20-30K. Uncommon ones maybe 5-10k. Atlas Stones sell for 275k.” When finding an Atlas Stone, players are also given two free Warp Fuel which allows them to blast off to the next star system. Simply repeating this process, according to daymeeuhn, allows you to reach the centre in around 30 hours.

Whether or not this is actually a bug remains to be seen — the user has since backtracked on claims that it is an “exploit”, instead saying: “The location of the Stones/Fuel is VERY specific, it’s a VERY important location/theme in the game, none of this is by chance and they clearly meant to make it special. I said I personally disagree with the design choice, but it’s there for now and it is what it is.”

Daymeeuhn has discussed several other issues with the game (as well as positive things) in a megathread, which you can find here. Hello Games developer Sean Murray has pleaded with fans not to read about the game pre-release, saying “We’ve spent years filling No Man’s Sky with surprises. You’ve spent years waiting. Please don’t spoil it for yourself.”

Currently an English, Journalism and Creative Writing student at the University of Strathclyde. Based in Glasgow, I spend most of my free time playing video games ranging from Japanese visual novels to horror games. You can contact me at greg@godsiageek.com!
MORE LIKE THIS
hello gamesNo Man's Sky