previous
Watch: Overcooked played with a Chef
random
next
Sponsored: Online gambling games is much more than it was few years ago
0 comments

Pokemon Go: Tips to be the best Poke-hunter 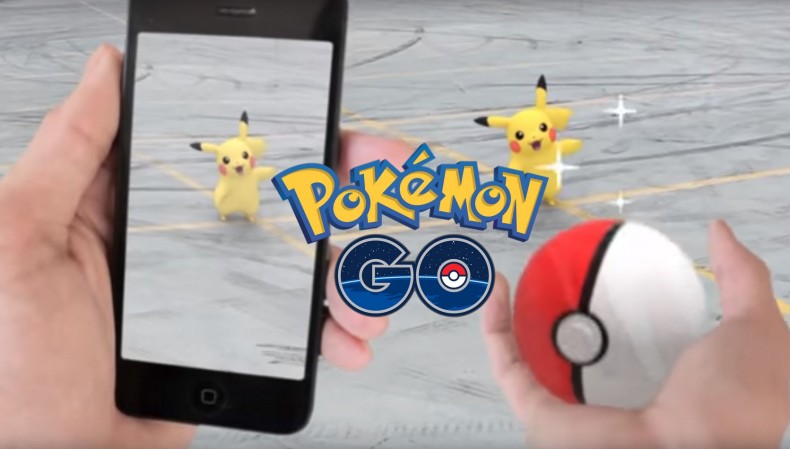 The nation is grip, in fact, no: the world is gripped with Pokemon fever. My kids are asking to go for a walk, and are playing their 3DS consoles for the first time in over a year. People are bumping into lamp-posts and tripped over sausage dogs. People who don’t play games are draining their battery trying to take out gyms or catch a Jigglypuff. Pokemon Go isn’t going away, but there are quite a few things we have learned over our extensive time playing it, that we want to share with you.

These are our tips for success – some that seem obvious, but some that you may not know.

1. When taking down an opposition gym, DODGE

One thing Pokemon Go is guilty of is not telling you how to do very much at all. To that end, a lot of people are just tapping the screen when it comes to actual battles. While that might work if you have a monster that has a stupidly high CP (combat power, more on that later), did you know that you can actually take out high level pokemon with your own far weaker combatants? When battling, you have three methods of interacting. You can tap to do a normal attack, you can hold the screen to do your special move, but you can swipe to dodge your opponent’s attack.

When the screen flashes yellow, swipe to dodge. Simple, but hugely effective. You can even (if you’re fast enough) dodge a Snorlax Body Slam which would otherwise completely wipe out your weaker Pokemon. It’s hard, but doable.

2. Research the enemy before you take them on

In conjunction with dodge above, let’s look at Snorlax as another example. Taking down a 3-Pokemon gym with a Snorlax at the top of the table, he has a CP of 1300 but you have nowhere near that. Dodging will get you so far, but you have to be able to damage your opponent to take him down, otherwise you’ll be stuck in some weird infinite dodge game. Snorlax is weak to fighting and water type Pokemon, so even a lower level Machamp or Staryu will do large damage. Using low level fighting and water types as well as your high level Pigeot might be the way to victory, instead of using higher level Pokemon that aren’t effective.

3. Don’t power up your Pokemon until you’re at least level 15

The temptation is there to power up your newly found Ekans, but if you’re a level 5 it’s just a false economy. Stardust and candy are found as you collect and transfer Pokemon, but unless you want to make it a royal pain in the behind, just wait. The higher level you are: the higher CP level Pokemon you’ll find. Each one has a white line that tells you how good they are, so if you have a high CP Pokemon with bad potential, why bother wasting stardust on them?

As you power-up your Pokemon, they will become stronger based on your level, so don’t waste your resources, lest you end up investing your hard earned money into the in-app purchases.

4. Use your time wisely, and use a Lucky Egg

If you know you are going to go on a long exploration session, get ready to use a lucky egg. This item is awarded at certain levels, and will grant you double XP. So instead of quickly turning that Pidgey into a Pigeotta, or that Pokemon you’ve been dying to evolve into the one you don’t have, save it. In fact, create a stock pile of Monsters that are ready to evolve – even the ones you’ve already done. Each evolution will next you 500xp, so with a lucky egg, that’s 100xp. It’s a no brainer, save them up and use your time wisely.

Sounds silly, but I grabbed one of these and it extended my Pokemon hunts by loads. Even an iPhone 6s will drain the battery like crazy, especially if you’re going on a walk to try and hatch a 10K egg. Turn the AR off (it makes them harder to catch anyway) and have a battery extender on hand, for that small outlay, you can push through the tech-barrier and hatch your 1000 Lapras. I used a Power Amp 6 from Zagg, for the record, which gives two full charges – you’ll never run out.

6. Don’t get drawn into a war with a Pokemon

No Pokeballs left. No raspberries. But…oh look, there’s a moderately high level medium-rare Pokemon. I should use my great balls on it! NO! STOP! While great balls aren’t that rare, don’t get drawn into a battle in your own mind about that stupid Pokemon that keeps jumping out of the ball. Cut your losses, because round the corner you might actually find a really rare, or high level monster. It’s hard to hit that “run” button, but go find a PokeStop, gets some balls, then dust yourself off and start again. Unless it’s the rarest, or one you really don’t have: let it go, it’ll only waste your balls.

We’ll add more to this when it’s time…

Editor-in-Chief here at GodisaGeek, I organise almost every bit of content as well as running our weekly Podcast, and being the lead producer on our YouTube Channel. That means I'm very busy and sometimes grumpy. Yay!
MORE LIKE THIS
NianticPokemonpokemon go

New Buddy Adventure mode lets you interact with your Pokémon