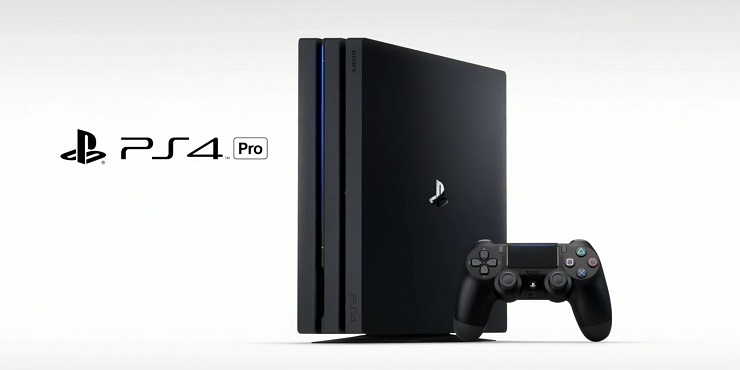 Last night Sony unveiled the PS4 Neo to us. Now called the PlayStation 4 Pro, the console would feature a significant graphics processing upgrade to what the current PS4 has and would be able to give us 4K content for games and video. But what does this really mean?

The Pro system would be fully 4K compliant and feature HDR as well, giving us a broader spectrum of colours for us to view, because, the human eye can perceive more than what current TV sets allow. In fact, Sony stated that existing PS4 systems will also be updated with a firmware upgrade to help them produce HDR compliant images, so, yay? Well, no, as 4K TVs are pretty much a requirement for a full HDR picture. So an exciting prospect on paper becomes a bit disappointing when you look into it. But it’s this 4K promise that Sony wants to really sell us on with the Pro system. And they tried, by heck they tried. There was no mention of specs, less so than Microsoft’s Scorpio half announcement when they detailed TFLOP output during their E3 ‘reveal’. But what Sony curiously omitted, and eventually became apparent through interviews to the press is that the machine wouldn’t be outfitted with a 4K Blu Ray drive despite them insisting this is a 4K device.

Why is this a big deal? Well, remember when Microsoft unveiled the Xbox One? They wanted to bill it as the all in one console, your one stop shop for entertainment, your living room hub. Thing is, Microsoft wanted EVERYONE to have an Internet connection, or else the console was useless – a (very) large paperweight. The backlash was immense and everyone let rip at Microsoft for having the gall to create a console that wouldn’t function out in the countryside where decent internet doesn’t exist. Don Mattrick didn’t care and Adam Orth told people to ‘deal with it’, gamer ire went rampant, justifiably so (not to the point in death threats to Orth, don’t do that, it isn’t on, and not fair to them or their families). This is what rankles so much with Sony’s Pro announcement tonight. Games are installed to the HDD and run from there – the licence is read off of the disc. I’d imagine 4K content for games will be portioned off on disc or downloaded as part of a patch or day 1 update, while 4K video is limited to streaming apps on the system itself. What this means is that people with poor internet are once again going to lose out on all this promised content that this new ‘system’ will apparently provide.

This is really the same situation that MS found themselves in with the original Xbox One reveal. A situation where gamers either have to ‘deal with it’ or jog on. You want 4K video on a PS4? You won’t get it with a PS4 or a Pro system with discs, you’ll have to purchase a separate 4K Blu Ray player for that. Or, you could just go for Microsoft’s cheaper Xbox One S system. Granted, it’s still not as graphically powerful as an original PS4, but it does come equipped with a 4K Blu Ray player, and has inbuilt HDR capabilities. At the PlayStation Meeting tonight we didn’t see the contrite Sony that gave us a PS4 with no sharing restrictions and no insistence on having always on Internet. Instead, we got a Sony that appears to be riding high on the success of the PS4, and doesn’t seem to have learned from their experience with the launch of the PS3, or Microsoft’s with the reveal of the Xbox One. It was a forgettable experience that told us nothing of the new machine and left us with more questions than it should have.

If Sony want to capitalise on the good feeling they generated with the launch of PS4, this was not the way to go about it, and with Microsoft due to announce more details on Scorpio by the year’s end, it could be Sony once again playing catch up by the end of 2017.

A lover, not a fighter and an all round good guy (he would say that, he wrote this after all), he's happy to be here as part of GIAG.
MORE LIKE THIS
Microsoftplaystation 4 proPlayStation MeetingSony