Gaming online and the great roller coaster of anxiety 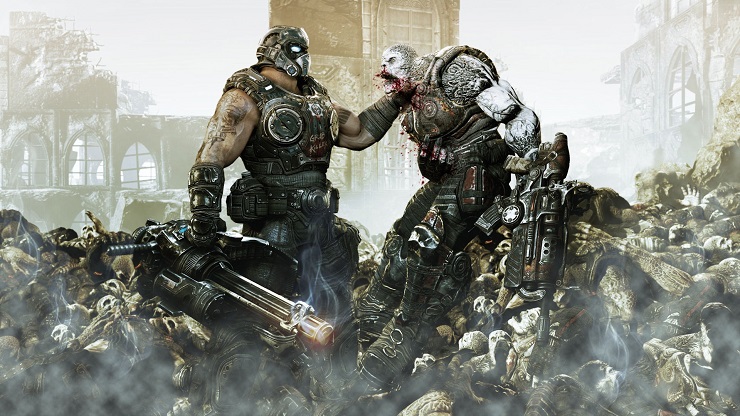 I’ve had a massive anxiety problem when playing online multiplayer for some time now. I’m not sure why I struggle or what causes the constant shredding of my confidence, but I very rarely play more than two or three matches at a time without feeling sick. It’s mainly against strangers, and if I’m playing with a friend my issues dissolve a little; whenever I’m a lone wolf on the battlefield – fighting against or with people I don’t know. It’s fucking annoying because there are so many games I want to play, but worry too much about losing or looking stupid. Whatever happened to me?

It never used to be this way; I used to be on the likes of Modern Warfare 2 and Halo 3 for hours without so much as a trip to the loo or a quick bite to eat getting in the way. It’s weird, I know, and God knows I’ve missed out on so much, but I’m learning – I’m getting better. Battlefield 1 isn’t too far away and I intend to go to war.

My very first online experience was Gears of War, and it was the most impressive and exciting time I’d ever had with a controller in my hands. I was running around killing locusts with some fella from Manchester, and the wonderful fearlessness and swag of his accent kept making me laugh. “Let’s go kill some fuckin’ nutters, yeah?” and “ooh bollocks, there’s one of the fuckers” was heard on the other end of the mic, and me, in my infancy lapped it up, shooting and slicing locusts whilst enjoying the camaraderie of the online multiplayer. Halo 3 was the next big game I played online, and when I think about it now, it’s still the best I’ve ever played. I would crave playing Team Deathmatch and couldn’t wait to get home from work to play it. I was pretty damn good if I don’t say so myself (Guardian was my map of choice, and I’d shank many a Spartan who got in my way). It wasn’t until a year later when I met my current wife and my gaming activities took a back seat for a while because, there’s much better stuff to do when in love (wink, wink, nudge, nudge and all that jazz).

Around the time of Modern Warfare 2, my wife and I had welcomed our first daughter into the world. I used MW2 as a way to get all the frustrations of sleepless nights and countless screaming sessions (by the baby, and myself) out of my system. It was my catharsis; I went from a man with minimal responsibilities to a man with more responsibilities than you can’t comprehend until you have a kid of your own. I love my children to the ends of the earth, but it’s very important to have an escape, and video games were, and are, that escape. I’ve become soft since having kids and settling down. I’ve always been a relatively calm and passive person, but having a family has chilled me out and made me a whole lot more of a sappy, emotional muppet. I cry at a lot of things these days, and I never used to be like that; I’m fine with it, I even embrace it. I love watching kids movies with my two daughters and getting teary when something pretty sad happens (don’t get me started on How to Train Your Dragon 2) because it makes me feel human – it makes me appreciate what I have and how things could’ve been different.

I think being the kind of person I am has stunted my ability to play online shooters, and the last four or five CoD games have passed me by. I’ve tried GTA V, Uncharted 4, Rocket League, Destiny, The Division and so many more, but my nerves eventually get the better of me. I adore playing with a group of friends, but it’s the unknown – those people I don’t know. It’s only recently I’ve started to get back into the swing of things, with a late to the party endeavour into Battlefield 4. I adore the huge open battlefields because I’m free to attack strategically and I don’t always feel rushed. It’s a varied and exciting experience that doesn’t have that constantly aggressive edge to it like CoD does. I’ve also re-downloaded Star Wars: Battlefront to see if I can overcome my anxiety. I’m getting there, slowly but surely, and I’m nowhere near as bad if I used to be. I want to play Overwatch. I want to play Battlefield 1. I don’t want to be limited by my anxiety because there are so many awesome games I’m not getting to play to their full extent. I’ve missed out on so much and I don’t want to anymore. Like I said earlier, I’m getting better. I’m lasting longer and I’m enjoying the thrill of it all. Let’s just hope I can keep it up.

If you see me in a match, or want to go online together let me know. I’m going back out there – back to war, to the streets, to wherever the action is and wherever my absolution lies. Success is my only vindication.

Video games are cool. Don't let anybody tell you any different.
MORE LIKE THIS
BattlefieldCall of DutyGears of WarHalo