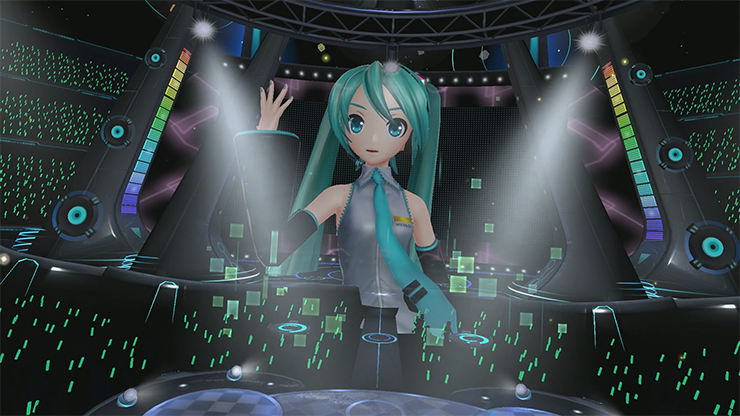 There’s a free demo (with the tutorial and one song) to check out if you’ve been wanting to get into an arena with Miku fans. In addition to VR Future Live, Project Diva X received a patch that lets you checkout concerts you created in VR. The first stage is available for $14.99 and contains the following seven songs:

Love Trial by 40mP
1/6 – out of the gravity – by noa
Satisfaction by kz
Weekender Girl by kz & Hachioji P
39 by DECO*27 & sasakure.UK
Cute Medley – Idol Sounds by Mitchie M
Love Song by Lamaze-P

There’s a season pass bundle with all 3 stages for $39.99 as well. Check out the launch trailer below: