Just why did the Xbox 360 underperform in Japan? 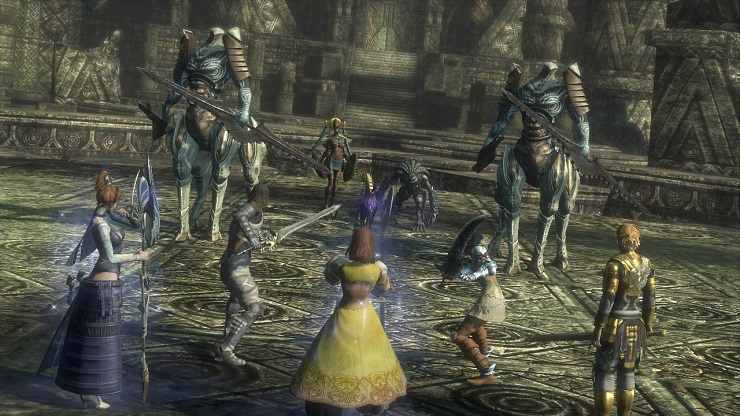 With the current generation now in full swing, Microsoft’s beloved console is once again under performing in Asia, and more specifically Japan. I have decided to look at where it could have all went wrong. Nothing is for certain, but in this article I aim to at least look at what barriers Microsoft faced with the Xbox 360. It’s not like they didn’t try, to say the least. In fact, they really pushed and invested a lot of resources in to breaking into a market that seemed to want nothing to do with them.

To understand just how poorly the Xbox 360 sold in Japan, it is important to look at the sales figures for the Xbox 360 worldwide and determine just how few of those sales were attributed to the Japanese market. It is safe to say that the Xbox 360 was a huge success worldwide, selling in excess of 84 million units as of late 2014. Although only 1.5 million units sold were attribute to Japan, as of 2011. It is hard to pinpoint any exact reason as to why the this equates to roughly 2 percent in sales. The population of Japan at the time would have been in the region of 127 million people, which is almost double the estimated 64 million residence of the UK at the same time. So why did the UK sell about 5 times as many units with half the population? It is not like gaming is unpopular in Japan. In fact, the PlayStation 3 sold 6.3 million units and Japan is well known for its lively arcade scene.

And there in lies the first potential reason as to why games consoles, as a whole and not just with the Xbox 360, don’t sell as well in Japan; they have a lively arcade scene. Unlike the rest of the world, with a few exceptions like The Heart of Gaming in London and Super Arcade in America, it is possible to game locally in the massive arcades that almost touch the sky. I was fortunate enough to visit Japan in 2012 and every arcade was packed with consumers playing everything from Street Fighter Third Strike to Project Diva. There are also claw machines and other skill games that allow you to win prizes for your money. All of these aspects build up to a reduction in consoles sold, be it the smokey arcades that house fighting game players or the pristine glass of the more friendly Sega arcades. These arcade settings also reach beyond the appeal of social gaming aspects. When it comes to fighting game tournaments in the west, the Xbox360 was the preferred console for the big Capcom titles. Due to both Microsoft’s and Capcom’s early support of the Xbox 360 and the architecture of the console itself, the fighting games developed by Capcom ran better on the Xbox 360 – boasting less frame drops and more stable builds.

During the life span of the Xbox 360, we have seen Street Fighter 4 get released and also seen a resurgence in a dying scene, resulting in the largest and fastest growth in the market since Street Fighter 2 and Tekken 3. This timing resulted in fans – both old and new – all gravitating towards the Xbox 360 instead of the PlayStation 3. You would expect this to draw at least some of the Japanese audience (or you would assume so), but as it drew closer to the release of Street Fighter 4, the Japanese had access to the game half a year in advance through the arcades. This is a theme that would persist throughout the console’s cycle in regards to Street Fighter, firmly cementing that the arcade was the place to play fighting games just like back in the day.

On top of a superior version of Street Fighter 4 over the PlayStation, Microsoft also brokered a deal with Capcom to have Dead Rising as an Xbox 360 exclusive. This could be argued as Microsoft’s first bid in terms of games to try and appeal to the Japanese market. With Keiji Inafune as a producer, you would expect Dead Rising to capture the imagination of the Japanese market. After all, Inafune has been behind games like Street Fighter 2 as graphic designer and produced both Mega Man (Rock Man in Japan) titles, and Onimusha prior to the Xbox 360. Alas Dead Rising failed to really break the market; back in 2007 1up.com reported that Dead Rising failed to reach 100,000 sales in JP. This wouldn’t be Microsoft’s final attempt at making more appealing games to an eastern market, however. They would return with many more titles. Back when he was a front runner for Microsoft, Peter Moore stressed the importance of working with Japanese developers of whom he described as “the cradle of the games industry” in an interview with IGN  just over 10 years ago. It was this approach that lead to some of the generation’s most beloved RPGs. It all started with the initial release of Enchanted Arms, a full year ahead of the release on PlayStation by, now media darlings, From Software. After a lukewarm reception, Enchanted Arms failed to hit the mark and Microsoft continued with their attempts to break into the market. This was closely followed by the release of Blue Dragon and Microsoft pulled out all the stops, including a special edition console that completely sold out all 200,000 consoles. Developed by the elite of Japanese big hitters like Nobuo Uematsu (composer of almost every Final Fantasy soundtrack released to that point in time), Akira Toriyama (Dragon Ball author and Dragon Quest artist), and Hironobo Sakaguchi (writer for just about every famous SquareSoft RPG). You would expect this game to be off the charts.

Unfortunately, just like Enchanted Arms, Blue Dragon failed to hit the mark in spite of the initial high sales of the limited edition console. This did not deter Microsoft. In fact, they had plenty more deals in the pipeline to finally break into the Japanese market and complete their global saturation with Lost Odyssey. Lost Odyssey once again saw the cooperation of Nobuo Uematsu and Hironobo Sakaguchi, and was even developed by Mistwalker Studios again. Unlike Blue Dragon, the focus of Lost Odyssey was far more adult and realistic in its tone. It would appear that Lost Odyssey was a hit. Critical appraise was through the roof, and it was one of the most beloved JRPGs in years, but it still failed to impress a now disengaged Japanese audience. They already had their PlayStation 3s and there was very little hope of Microsoft ever succeeding. As the generation ticked over, Microsoft would still push for the market with The Last Remnant, a one-year exclusive deal for Star Ocean: The Last Hope, and even managed to secure Sega and Tri-Ace’s Resonance of Fate for a same date release as the PS3 version. Although it seemed that no matter what Microsoft tried to do, they just couldn’t find their footing in the Japanese market. With all of these Japanese developers and games specifically aimed at the territory unable to really connect, could it be the console itself? The Xbox has always been so American, over the the top and boisterous, with it’s advertising that it didn’t quite match the aesthetic of Japanese culture. Keiji Inafune has even said it himself in an interview with IGN, much like the Americans, the Japanese gravitate to towards their own companies. The sleek and very reserved approach of Sony just appealed more to Japan as a whole. Could it really be that years of superior domestic gaming consoles has brought about a conviction that consumers will loyally stick to products created in their own country? A question I will probably never understand the answer to, being born in ’92 and never really experiencing the wonders of a well made British console.

It is nigh on impossible to truly know what happened with the Xbox 360 in Japan. There was obviously a great number of reasons that slowly pushed the console out of the limelight, in spite of Microsoft’s best efforts, and it would be safe to say that it completely failed. In fact, the Xbox 360 had done so poorly in Japan that when it came to the release of the Xbox One, the Japanese received the console a full year after the initial release. It’s a great loss for the consumer as I believe this drive to break the market brought about some of my favourite games on the Xbox 360, and there is a very slim chance of seeing that level of diversity in the Xbox One’s titles again.