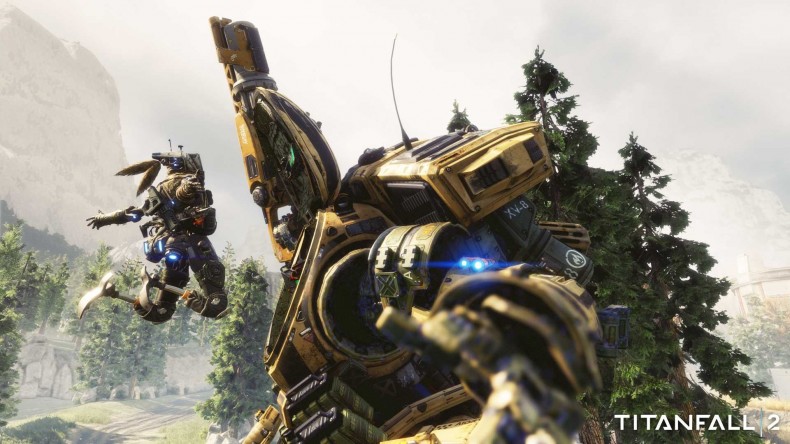 When we play games, often there are moments we capture via that screenshot button. They’re moments that fire the synapses in our minds for one reason or another; the reason we hit the share button and spread the love on the Twitter, etc. From now on, now and again we’re going to share those “in-review” moments that stand out to us.

Obviously for one reason or another, some of them we can’t share – be it because of an embargo, or because we don’t want to spoil, so bare that in mind, but for now, here’s our Titanfall 2 review in pictures.

1. No time to be picking daisies, BT! An opening moment of the game where you first see a Titan in the campaign. Before the tutorial. BT has just landed, but is apparently more interested in picking daisies than warfare.

2. Oops, I misjudged that landing. Not long after our training, we crash hard onto a planet in open combat. It’s dark, scary, but we must push on. Titanfall 2 is a surprisingly pretty game, even on consoles (this screen is from PS4). Here we are looking at our Titan in the sunshine

4. We may have been a bit heavy handed with Scorch, here In the heat of the moment (arf arf!) using Titan loadout Scorch can get crazy.

5. I never want to upset a robot again In one of the quieter moments of the campaign, we had to go get a tool to do something (spoilers, so excuse the vague talk), and this robot has it. We stopped him working, he’s sad now. So are we.

Likes to shoot stuff and wear pretty shoes. Is a BEAST at Titanfall.
MORE LIKE THIS
Respawn EntertainmentTitanfalltitanfall 2