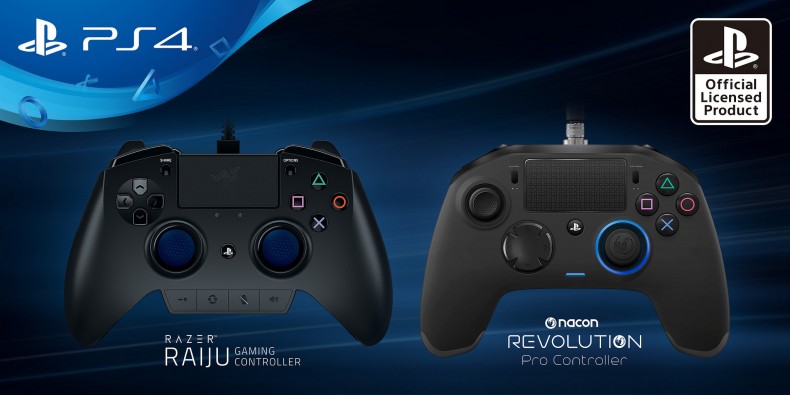 Sony have announced that two officially licensed pro controllers, from Razer and Nacon, will be releasing for PS4 later this year.

The post on PlayStation’s website explains that both Razer and Nacon were invited to develop these gamepads, in close collaberation with Sony, thanks to their experience of developing eSports hardware and that the two controllers will offer different layouts and features, although neither are wireless.

The Razer Raiju will feature the traditional PlayStation control stick layout along with: While the Nacon Revolution adopts the Xbox/Gamecube stick layout and features: Both controllers will launch this holiday season but neither have a firm release date yet.