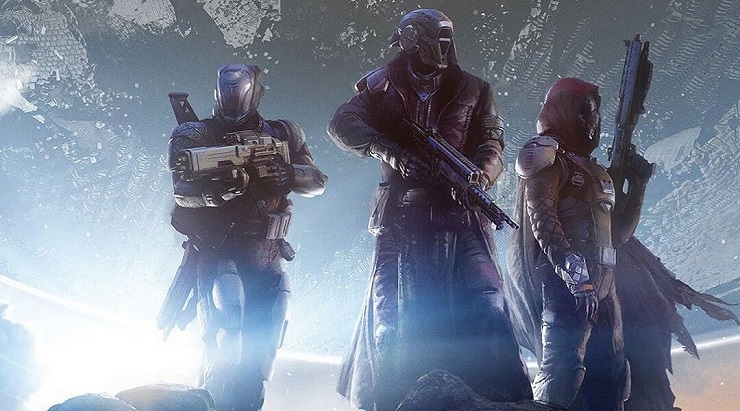 It’s been just over 2 years since Destiny first landed on consoles. To me that’s almost 400 hours play; I’ve probably not spent the most amount of time with Destiny compared to some others – far from it. It is, however, the longest amount of time I’ve ever dedicated to a game, beyond Ultimate Marvel Versus Capcom 3, Tekken Tag Tournament 2, and Halo 3. Although unlike the aforementioned titles, there is no end goal, I don’t aim to play Destiny competitively.

At times playing Destiny was a strenuous affair. In the first year I struggled to find players to join me on the raid, only completing the Vault of Glass once and skimming some sections sporadically with groups I found online. And that kind of sums up the first year of Destiny in its entirety for myself. I had bought DLC I didn’t fully enjoy and ended up skirting the content as I never had quite enough friends or time to dedicate to Bungie’s behemoth.

The House of Wolves and Dark Below had passed me by. I had lost interest; A younger version of me didn’t appreciate what I had in front of me. As for all of Destiny’s shortcomings, something special would lie underneath the surface. An aspect I had overlooked and even sneered at as I tried to devour every game that lay in my wake. Then it all changed. Just over a year ago I felt like my life had come to a stand still. Not only had I beaten my head against a brick wall trying to make sense of where I was, I suffered for it and toiled over a lack of progression in my real life. I would eventually find myself having dizzy turns and feeling like the weight of the world was coming down on me without fully understanding what was happening. As it transpired, these were panic attacks and I probably hadn’t been dealing with my frustrations quite as well as I thought, leading to some downtime from my work (read as I was off on The Sick).

It was then that I needed something to keep me occupied. A way to pass my day. This minor downfall also came with the arrival of The Dreadnought, Destiny’s The Taken King expansion; if I’m being honest, there was no better time to get back in to Destiny – for me. I was wasting my days slightly doped up and lacking enough concentration to fully commit to more strenuous activities.

So, I bought the expansion for a friend and I. This time I came back with a totally different mindset and a friend who had just as much free time as I did. So we launched ourselves head first in to the fray. Something resonates within me when it came to the Taken. These abominations were a shadow of their former selves. But it’s only with retrospect that I fully appreciate that small connection that helped me during a rough period in my life. Just as I was fighting back my own dark places, my newly created Hunter was also keeping the universes dark side at bay – albeit it in a much cooler way, substituting pills for a Nightstalker class.

For the most part, a large period of my time was spent in my boxers huddled in front of the television playing Destiny. I was able to slowly set goals for the day, something that Destiny does extremely well. I would log on, venture to the Tower to pick up my bounties, and then set out on my daily voyage. It gave me purpose. A target in the distance to slowly pace towards. Progress on my side was dreadfully slow, I wasn’t sure on the feelings and how deeply emotional I had become on the pills I was given. But in Destiny I was the king, I would cut through enemies with ease, and learning more about the deep seeded hooks that had gripped me so.

A pursuit of ever-increasing light levels had settled in. I had even committed to several different characters, ensuring that when I was done with one daily chore there would be more waiting for me. Therein lies the magic to Destiny – the pursuit of something greater. Each day I would log on and see my progress visually, even if it was just a number or some slightly better gear. In time I would start to apply the small steps I would take as prompts for myself, complete my dailies in Destiny and then do some housework. Yeah, I get that’s not the way it would usually work, but that’s how I did it. Over time I would get better, even stopping the pills I was on, but unfortunately Destiny would be left in the dust. My Hunter, the warrior I poured my heart and soul into for god knows how many hours in a month, would fade away with my stress levels.

A year later and I’ve found myself in a better job, minus the 3-hour a day commute – although it has allowed me a lot of time for reflection to write this, so that’s nice. Destiny has released the Rise of Iron and I’ve found myself under new stresses, but I cope with them far better now. Yet, somehow, Destiny has once again found a way back. I’ve started to log back in and pursue the endless gear loop again with the latest expansion. I now log on to Destiny just to chill out, to potter away after work and a long day. Something simple and easy to focus my attention.

There’s something spectacular about Destiny, in that it always finds a way back. Now I’ve finally found enough players to jump into the Trials of Osiris with, and I’ve enjoyed Destiny on a far more competitive level. I still venture around the galaxy looking for spinmetal from time to time, but now my focus lies on being better at PvP instead of my previous focus on patrolling the Dreadnought. There’s still a beautiful catharsis to playing and at this point I’m not sure I’ll ever be totally done with Destiny, not when there’s a Galaxy to save.

So I guess a massive thank you is in order to Bungie, Destiny, and even the Reddit group I’ve lurked on the past few years – even when I probably shouldn’t at work. It sounds cheesy, but this Guardian was most definitely down and almost out a year ago, but now thanks to Destiny I’ve found myself in a better place. A happier place.