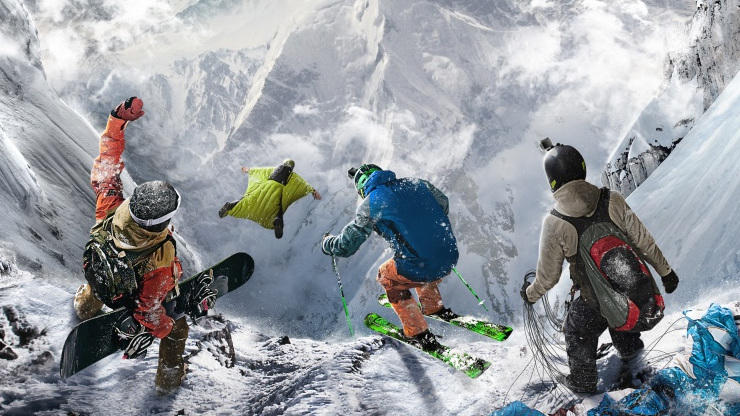 It has three themed content packs that will be released in the months after launch.

– Winter Fest Pack introduces the winter sled and puts players’ skills to the test with its new array of challenges. It will also offers fun new exclusive costumes.

– Adrenaline Pack includes the Moonlight Pack, featuring 3 unique night-time challenges and equipment packs for players to show off their style while shining in the dark, along with new costumes, new outfits, new boards and wingsuits.

Season Pass holders will have access to exclusive costumes including a very fetching snowman outfit, helicopter tickets to reach uncharted destinations quickly, and 10,000 Steep Credits at launch on December 2nd.

Check out the 101 trailer below:

Steep is set to release on PlayStation 4, Xbox One, and PC on December 2.