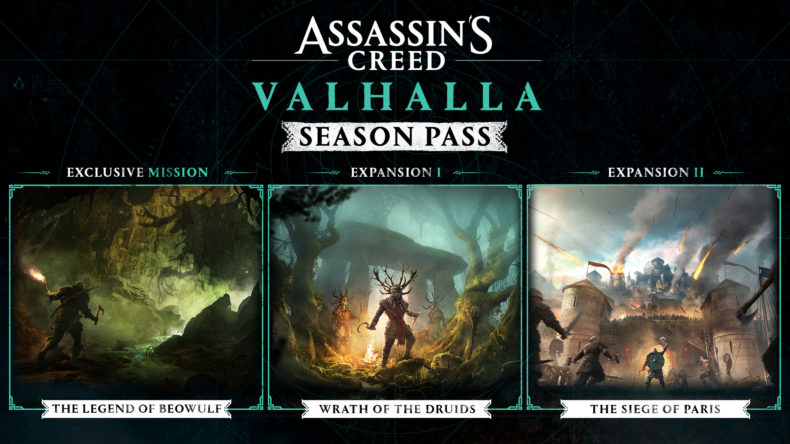 Ubisoft has today announced the roadmap for Assassin’s Creed Valhalla‘s post-launch content, including a Season Pass featuring two major expansions. Along with the reveal of the Season Pass, Ubisoft has said that all players will have access to free seasonal content, new settlement buildings, services, and game modes. The Discovery Tour will also be making a comeback, allowing anyone the chance to educate themselves in a conflict-free environment.

The Season Pass will other players the chance to discover two new territories and stories through the two major expansions and an exclusive quest. It will be included in the Assassin’s Creed Valhalla Gold, Ultimate, and Collector Editions, and will feature the following content:

The free Seasonal content will include new narrative content and in-game events, with each Season lasting three months. The first Season will launch in December 2020 with the following content included:

As for Season 2, it will launch in March 2021 with a new game mode, a new Jomsviking update, festivals in the settlement, new gear and cosmetics, and more.

Video games are cool. Don't let anybody tell you any different.
MORE LIKE THIS
Assassins creed valhallaSeason PassUbisoft