previous
Kingdom Hearts: Melody of Memory is a refreshing yet unrefined take on the franchise
random
next
First official trailer for Monster Hunter movie released
0 comments 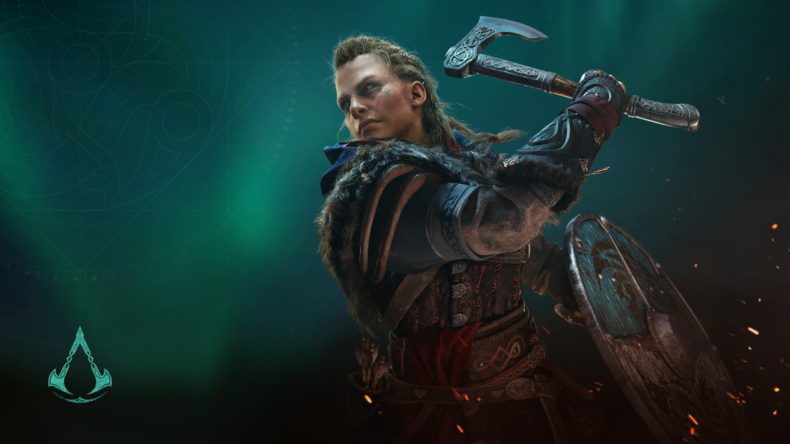 Since Assassin’s Creed reinvented itself with AC: Origins, Ubisoft’s historical open world franchise has become a deeper and more fulfilling experience. It now incorporates loot and leveling up your gear, a satisfying combat system, and a plethora of options to build not only your assassin up, but the army around them. Regardless of these changes, the core feature that has always made the series fun to play is its attention to the history of our world, and the realism in these time periods it portrays. Assassin’s Creed: Valhalla is out in a month, and while it’s sublime to play, it is the attention to detail that really took my breath away.

I recently spent a good seven hours exploring Mercia in the ninth century, meeting historical figures from the times of the Vikings whilst trying to remove a king from his throne so my people could gain a foothold in the region. During this time in British history, England was split into different kingdoms, with Mercia being one of the most powerful in Anglo-Saxon England. If I had been around back then, Mercia would have been my kingdom, given it encompassed much of middle England, including my hometown of Derby. During the Great Heathen Army’s reign in England, much of its Danelaw took over Mercia, with the Vikings using not only their brute strength, but their brains to secure an albeit short future within the kingdom. 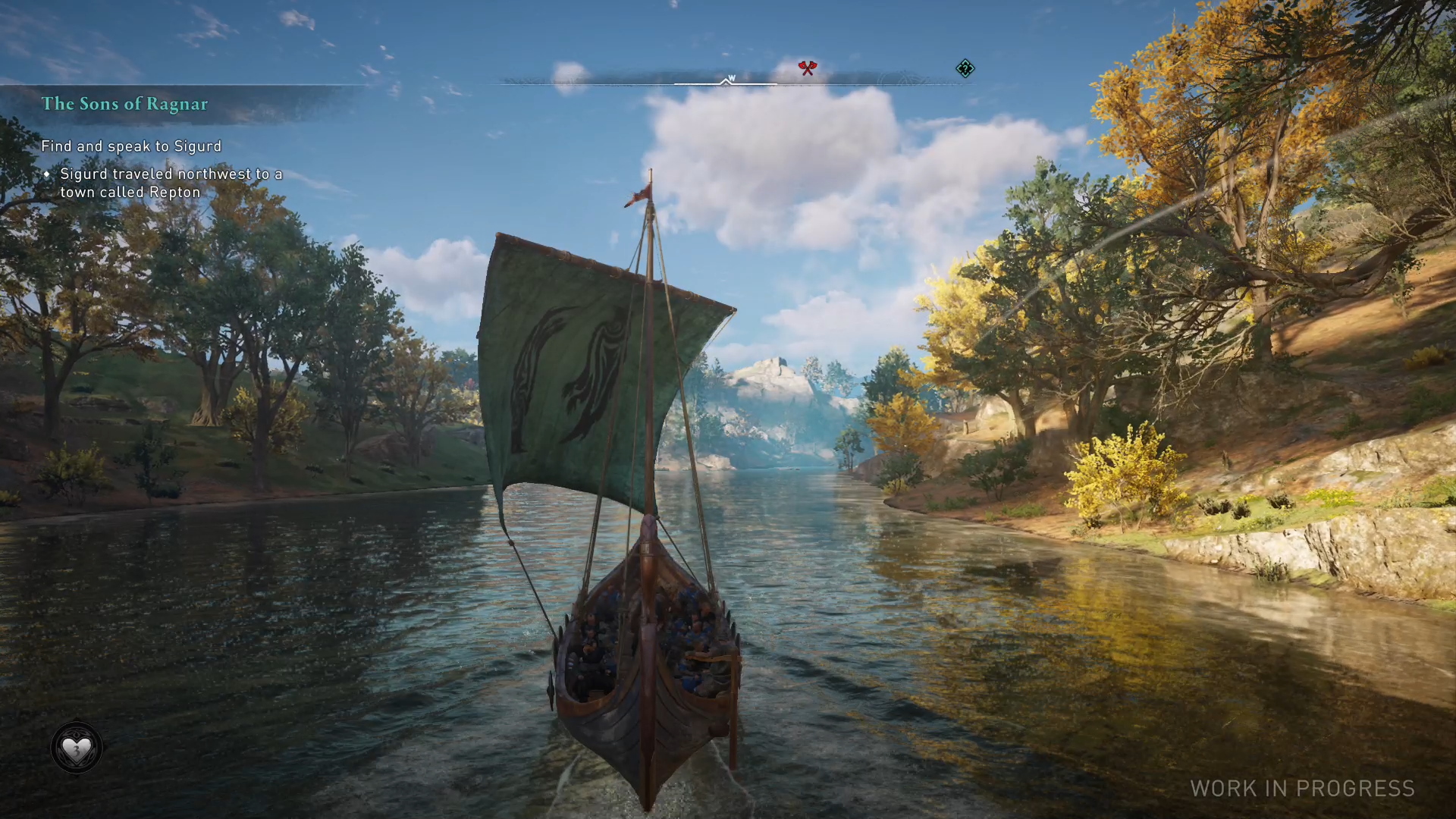 During my time with Assassin’s Creed: Valhalla, I travelled through Repton and Tamworth, two places very close to where I live, trying to cement a new king as the leader of Mercia, known as Ceolwulf. As Eivor, I worked alongside three of Ragnar Lothbrok’s sons, Sigurd, Ubba, and Ivar. The attention to detail and of the three sons is superb, however, there is a lot of free reign when it comes to what they looked like and how they acted. Because the vikings were illiterate, much of what we known from these times was taken from a mix of the Anglo-Saxon Chronicles (a document kept by the British to detail their raids and journeys to our land), burial sites and archaeological discoveries, and Sagas: stories written by the likes of historians such as Snorri Sturluson decades later.

Due to having a passion for their history, I was fascinated by how Ubisoft has stuck to their source material and tried to create a living and breathing world that centres around the Norsemen. From the weapons they used to the way they fought, Valhalla provides an authentic experience and a fascinating insight into them. The seven hours I played allowed me to see how the new ration mechanic worked, as well as the new dual-wielding mechanic. Health is replenished by collected food stuffs throughout rural England, and by pressing a direction on the D-pad, you can use this supply of food to fill up your health bar. You can upgrade your supplies so that you can store more food, and this definitely improves your chances as you fight the Saxons and other Viking factions.

Dual-wielding allows you to use a selection of axes, blades, and shields at the same time, and the options in combat makes fighting multiple enemies an engaging and brutal battle. You get to use light and heavy attacks, but well-timed parries opens up the chance to use special attacks, and by holding in the right trigger, you can unleash a selection of special moves that can be changed as you unlock them. One sees you throwing a spear with a rope attached, allowing you to pull enemies closer to you, and another unleashes a flurry of axes into multiple foes in quick succession. Your ranged attacks also have plenty of uses. By holding in the left trigger, you can fire multiple arrows at the same time, or even use you raven to distract enemies as they fly down and peck at their heads. 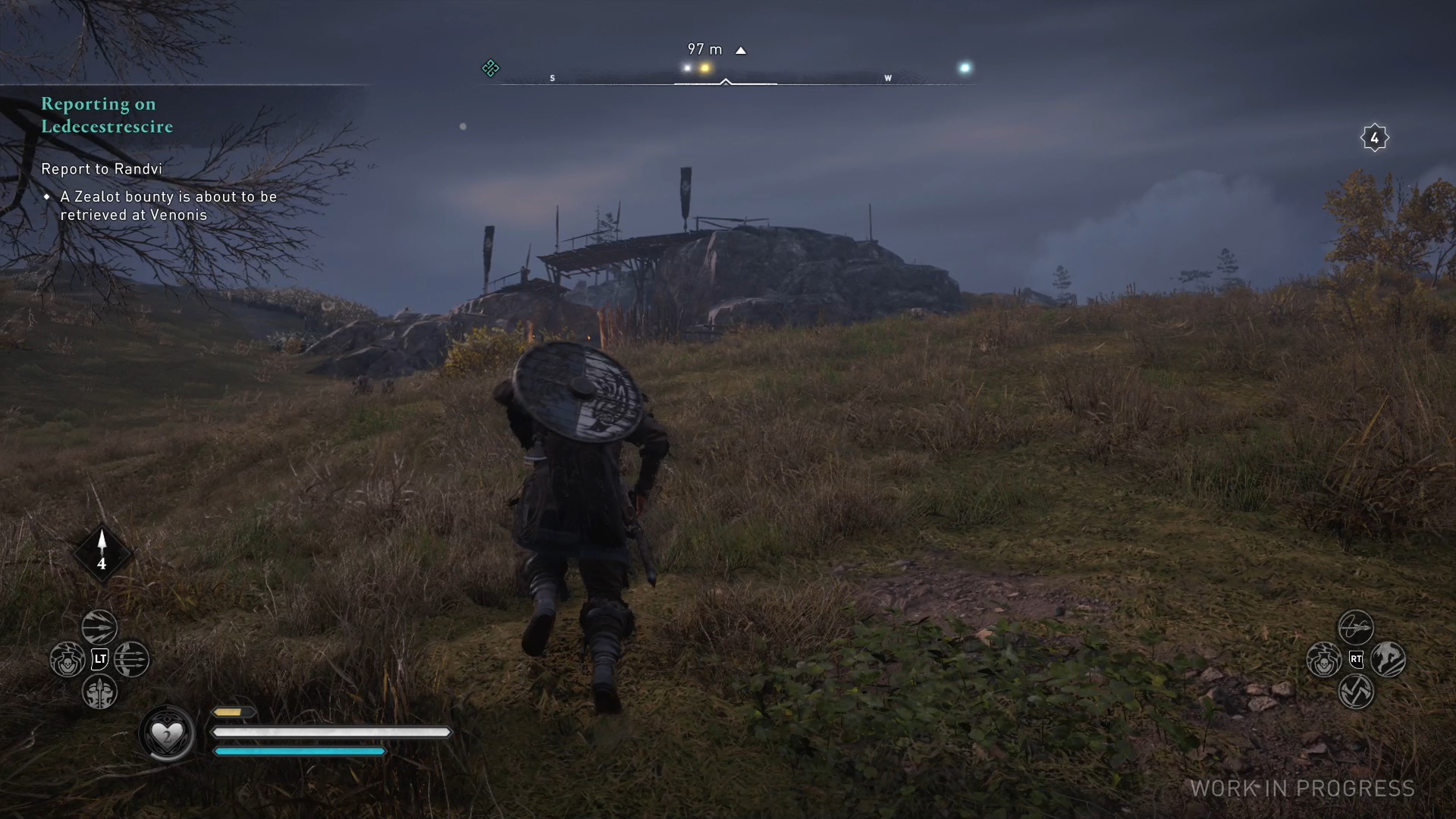 Whilst playing Assassin’s Creed: Valhalla at a previous event, I got a feel for the combat, but this time I already had an idea how it worked, so I was able to mix up the way I fought and got a great sense of how each attacked flowed in tandem with one another. I adore how Raids work in Valhalla. Travelling down the channel in my longboat and picking a settlement to raid is simple enough to do, and once you blow your horn and lead the charge, raiding monasteries to pillage gold and other forms of wealth helps to build your dominance in that area. Leading my men into battle makes you feel like such a badass, but the most fun I had was when I had to penetrate fortresses and castles. These are much bigger battles, and the amount of enemies you face is staggering. They feel like mini wars. Hundreds of arrows fly through the air, warriors are fighting all around you, and bloodshed is frequent.

The familiar stealth elements are still there, but fighting face on is by far the best thing about fighting in Assassin’s Creed: Valhalla. I also got to see other mini-games this time around, like taking part in a ninth century rap battle to build by charisma. Rhyming with wordsmiths and beating them means that when it comes to bartering or talking to NPCs later in the game, you’ll likely be more successful in getting what you want. I also made a huge effort to find all the treasures within Ledecestrescire (or Leicestershire), and that involved solving environmental puzzles to find everything. These include finding actual treasure as well as Book’s of Knowledge, which unlock new skills for you to assign to the two trigger buttons. 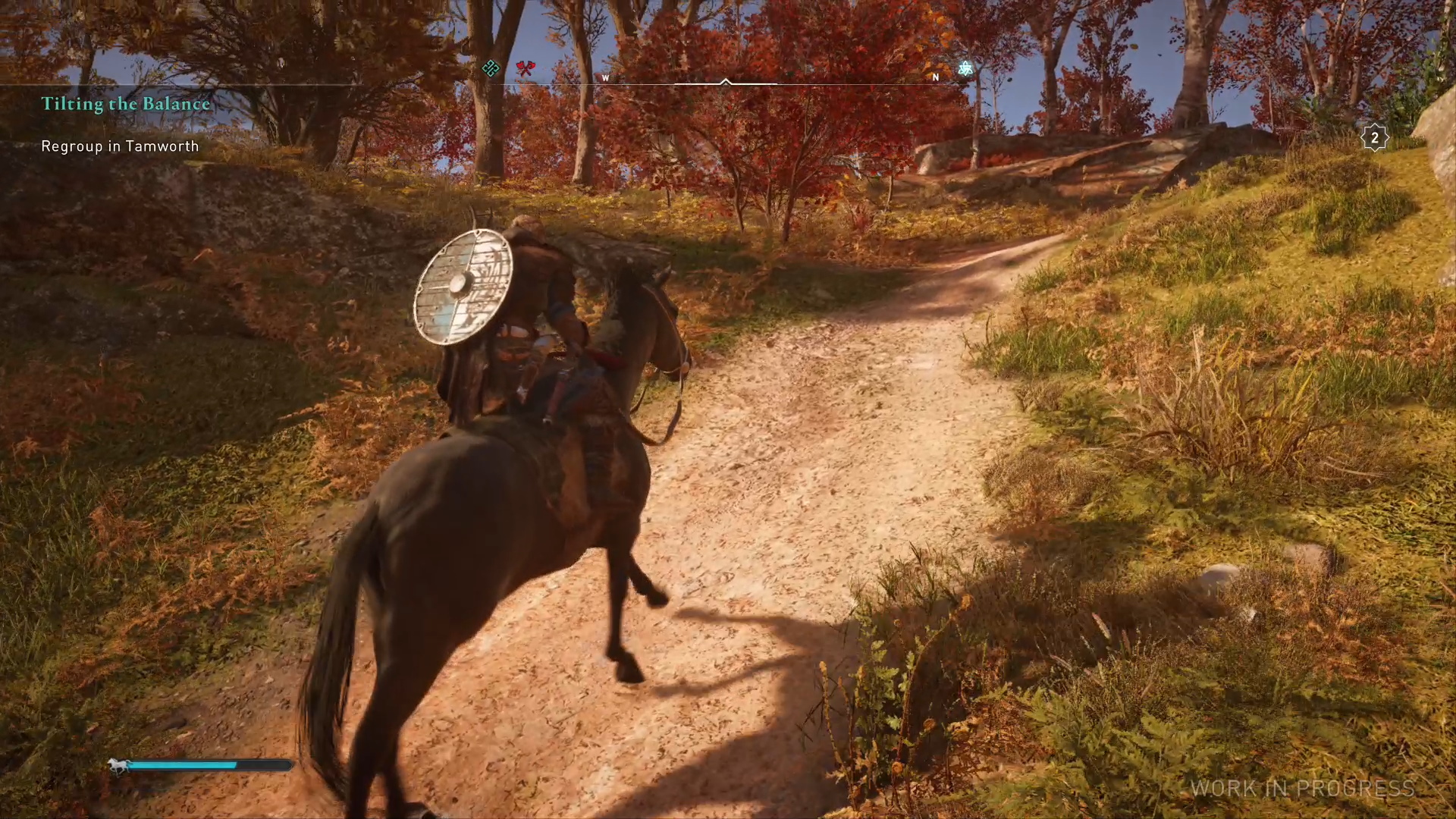 Visually, Assassin’s Creed is stunning. Travelling across the vast landscape of Mercia saw me appreciate the natural wildlife, the green fields and farmlands, and the rivers. The towns and villages are filled with huge towers and buildings ripe with materials to loot, helping to upgrade your gear in a multitude of ways. The fortresses are huge structures packed to the rafters with soldiers, but there are also plenty of hiding places and high walls to unleash some inventive attacks, such as the one found in Templeborough. The character animations are also fantastic, and the voice acting accompanying them make everyone you interactive an interesting ally or fearsome enemy. Ivar Ragnarsson is notorious for being a sadistic warrior, and from the moment you encounter him torturing a Saxon in Repton, it’s clear Ubisoft know their stuff.

Being allowed to be let loose in Assassin’s Creed: Valhalla gave me the opportunity to get a feel for the flow of the game. I completed a story arc, but I also got to see everything else on offer. Roaming the map and finding treasures, to getting into fights and exploring every nook and cranny opened my eyes to just how big this game is going to be. I’d barely scratched the surface after seven hours of play, but I managed to formulate the opinion that Ubisoft’s latest entry into the Assassin’s Creed franchise was dense yet thrilling, providing plenty of variety in its combat, and a world ripe with adventure.

Assassin’s Creed Valhalla is out on November 10th for Xbox One, Xbox Series X, PS4 & PC, and on November 12th for PS5 in North America, with a November 19th PS5 release in Europe.

Video games are cool. Don't let anybody tell you any different.
MORE LIKE THIS
Assassins creed valhallahands-onPreviewUbisoft