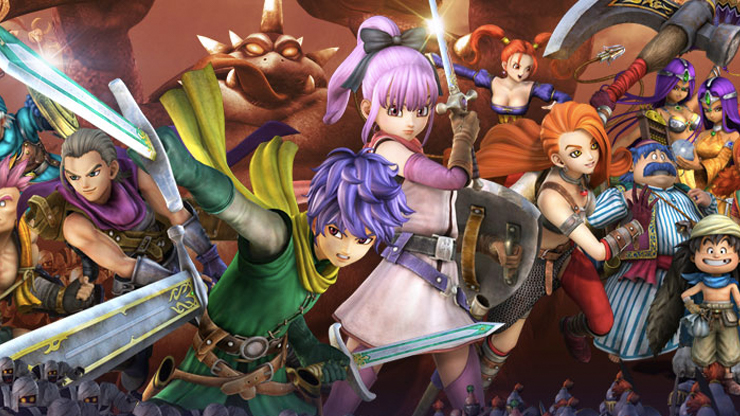 Square Enix just announced that Dragon Quest Heroes II would be releasing in the West next year.

After being leaked on a Best Buy listing in North America, Square Enix have officially announced Dragon Quest Heroes II for PlayStation 4. It is an action RPG just like the first entry. You get to play online in coop as well.

The story is as follows:

Once upon a time, many years ago, there was a long and terrible war. When the war finally ended, the people of the world made a solemn pact never to fight again. The world was divided into seven realms and peace reigned for a thousand years.
One day, cousins and fellow knights-in-training Lazarel and Teresa reunite in the Kingdom of Harba, far from their Dunisian home. Little do they suspect that the Dunisian army is about to invade, with their old friend Prince Cesar at the helm.
The long-kept peace is broken and the world descends into chaos. With the aid of High King’s envoy the cousins must travel to Accordia for a meeting with the Supreme Sovereign of the Seven Realms to find a solution and bring back peace to the world!

Dragon Quest Heroes II will release in European territories on April 28, 2017 for PlayStation 4. I’m sad they seem to be skipping the Vita version that was released in Japan because it featured cross-play with PlayStation 4 online and was a good port.