For Honor closed beta impressions: balancing and matchmaking issues halt the fun of the fight 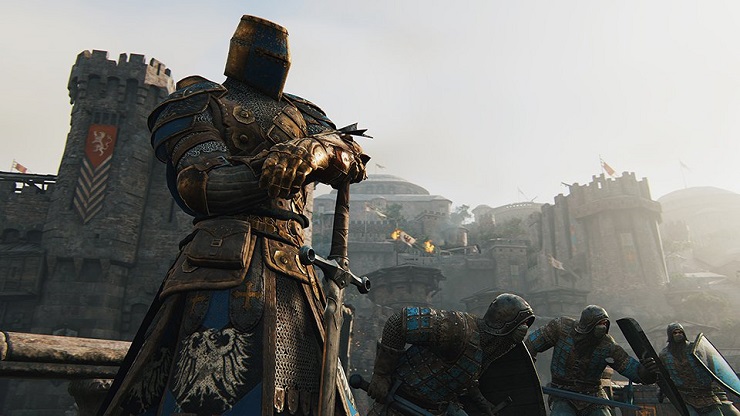 Ubisoft released a For Honor closed beta over the weekend and I spent some time with it trying out the different modes to see how it is shaping up.In its current state, it doesn’t quite feel ready and hopefully Ubisoft has gathered enough data over the weekend to get the balancing tweaks in and the matchmaking more robust.

I am unsure about For Honor. On paper it isn’t a game that would automatically pique my interest, however, the various pre-release information has done enough to make me slightly interested. I managed to get an access code for Xbox One so I am interested to see if my experiences differ from colleagues who have played on different platforms.

The beta had three modes available: 1 v 1 duel, 2 v 2 brawl, and a 4 v 4 Dominion mode. A few of my friends had also managed to gain access so most of my time has been spent in the 4 v 4 mode both against bots and players. It was clear from playing that the matchmaking is not working as it should be just yet; I or one of my friends were repeatedly removed from matches with errors. From playing all the modes available, I think it is clear that Dominion is the mode with bots that add a layer of confusion to objectives. There are three points on the map that you must capture and hold to secure points to a maximum of 1000 points. The tide of battle can change in an instant though, with a constant tug of war over which team is holding the most points at any one time. The addition of bot soldiers adds a sense of the fog of war with the B point on each map being a mass of bodies all trying to push the opposing team out and capture the point. To add to this, you can do team damage, so when you are in the thick of it swinging your sword around trying to force the enemy out it is easy to cause damage to your teammates by accident.

When played in good faith the matches are fun with each team holding the respective point closest their base and both teams taking part in the melee in the middle, however, in practice what happens is that both teams ignore the middle point and play a game of running around in circles taking each other’s base point. I will be interested to see how this game mode behaves when there are more players in the population, but during the short time I have played it over the weekend I can already see the mode descending into a game of cat and mouse chasing each other round and round the maps which kind of defeats the object and purpose of having the bots in the middle.

Combat is weighty enough with a variety of move sets for each hero that will take some time to learn and master. The beta provided you with nine heroes to unlock, and I am unsure if that is the total amount or whether there will be more in the final release of the game. Each hero also has specific traits that unlock during the course of the battle providing you have generated enough renown to use them. Once unlocked they are on a cool down timer which means that their usage on the battlefield becomes a tactical advantage or disadvantage. These traits range from smoke bombs that make it harder for your enemy to lock onto you, to traps that will temporarily halt an attacker, to a ranged weapon that does a medium amount of damage that I used to great effect on retreating enemies. There is also a revenge meter that builds up during battle each time you successfully manage to block an opponent’s attacks. Once filled up you can activate it to temporarily give you a boost or debuff your enemy for a short time.

I tried each mode out a few times and although the brawls are challenging and fun, they won’t be where I spend most of my time. Dominion is a fine idea, but I do feel that it needs some better balancing. It also has micro-transactions from which you can buy packs to upgrade your hero. My issue with this is that the upgrades are not merely cosmetic, the gear you find provides higher armour ratings or does more attack damage at the expense of something else.

My interest in For Honor is still there after playing this weekend, but I feel that the gulf between players who are skilled and have invested time in the game with gear upgrades that make them more powerful, and players who are new to the game will be cavernous. I am unsure whether there is enough in the way things are balanced currently that will encourage a level playing field for new or less skilled players to feel like they are making progress. At the moment is feels very much an all or nothing game that could leave people with less time to devote to mastering the skills of each hero, and collecting armour upgrades behind which will not do much for the longevity of the online population.

Likes to shoot stuff and wear pretty shoes. Is a BEAST at Titanfall.
MORE LIKE THIS
closed betaFor HonorUbisoft

One Punch Man: A Hero Nobody Knows has a closed beta