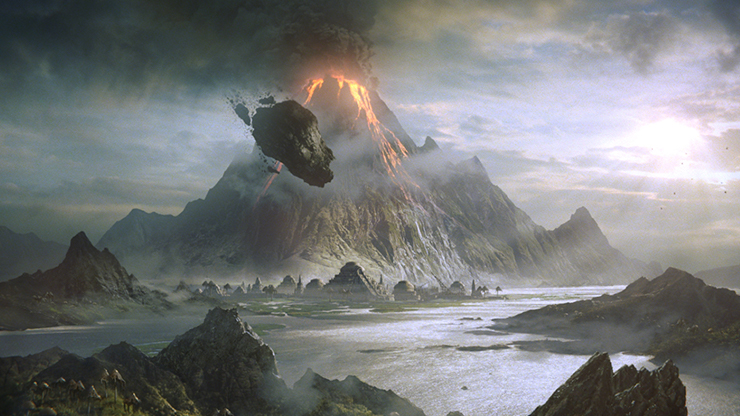 The Elder Scrolls Online: Morrowind will apparently redefine the traditional MMO expansion. It will have tons of new content and features accessible to both newcomers and veterans. Here’s how both can play the Morrowind expansion:

Existing Players: ESO veterans will be able to upgrade and immediately journey to Vvardenfell to start the new epic adventure. With the power of October’s One Tamriel update, existing players will find level-appropriate content from the moment they step onto the island of Vvardenfell, regardless of level. Existing players can also choose to create a new character and begin anew.

Vyardenfell is the biggest zone added to ESO since launch. It has the same footprint as The Elder Scrolls III with key points of interest and more. There will be a new class in the form of The Warden and a new story set 700 years before TES III. A new PvP mode will be added and here are the various editions available:

Dwarven Colossus Statue – Recreated with the help of sacred Dwarven texts, this 12” tall replica of the Colossus that starred in the announcement trailer stands ready to defend treasures.
Naryu’s Journal – A full-color, large-format book chronicling Morag Tong assassin Naryu’s pursuit of a conspiracy across Tamriel. Illustrated with a broad array of concept art.
Map of Morrowind – Players can chart adventures throughout Vvardenfell with this handy map at their side.
Exclusive Game Case – A limited edition metallic case bearing the marks of Vivec and the Tribunal.
Includes all in-game rewards contained in the Pre-Order Bonus “Discovery Pack.”
Includes The Elder Scrolls Online: Tamriel Unlimited.

The Elder Scrolls Online: Morrowind will release worldwide on PlayStation 4, Xbox One, Mac, and Windows on June 6.