previous
Accel World Vs. Sword Art Online will release this July on PS4 and Vita
random
next
D.Va bunny hops into Heroes of the Storm
0 comments

PES 2018 has been officially announced 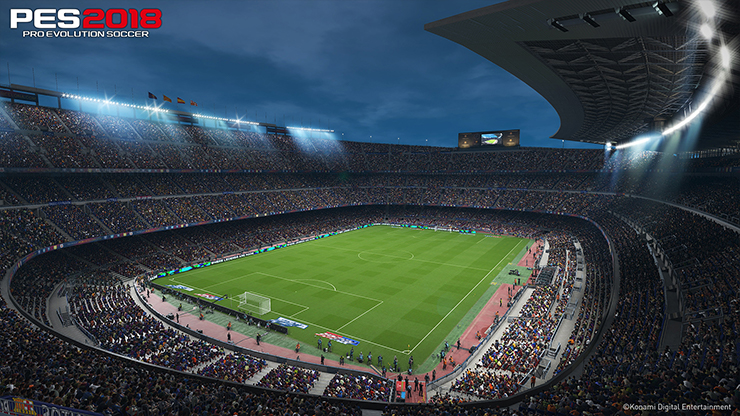 Having been leaked on the Xbox One store earlier this morning, PES 2018 has now been revealed. PES 2018 will feature improvements across the board. This release will have the biggest changes to PES in a decade. Gameplay has been tweaked to be more realistic than ever before with pacing and there’s contextual shielding now with more realistic movements.

The interface has been overhauled with real player pictures added and more enhancements made to give things a broadcast feel. PES League has been integrated and there’s a new online coop mode. This mode supports 2v2 or 3v3 with local player support. Random Selection Match returns as well with new features and Master League lets you play as a manager with pre-match interviews and locker room scenes that complement the new improved transfer system. Watch the trailer below:

On the visual side of things, Real Capture has seen everything improved. There is now true to life stadium lighting and all pitch turfs and player tunnels have been recreated from more than 20k pieces of data from Camp Nou and Signal Iduna Park. Player models have also been completely changed with more attention to detail for the kit fitting and short size.

PC gamers that have been following the franchise will now finally get to play a game that is on par with the current generation consoles. There have been major updates to the visuals and content for the PC version of PES this year.

PES 2021 will be ‘seasonal update’ this year, PES 2022 will be completely updated for next gen in Unreal Engine
Support us on Patreon for exclusive content