Battlefield 1 expands into the Eastern front and beyond 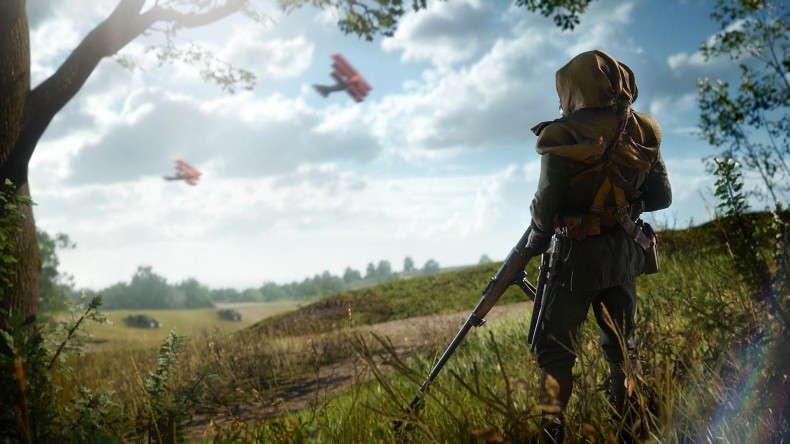 At EA’s E3 event this year, EA Play, the publisher revealed its Battlefield 1 DLC plans for the upcoming year.

When Battlefield 1 (BF1) hit in 2016, it was an unexpected success, both predictably in its stellar multiplayer mode but more surprisingly in its poignant and reverent single player campaign. Despite the praise for its single player component, the future of BF1 is exclusively in the multiplayer arena.

Starting with two night maps releasing this summer and the more robust second expansion to BF1, In the Name of the Tsar, coming in September, EA and DICE have an extended plan for the game’s DLC that goes into next year. BF1 Producer Andrew Gulotta briefly chatted with us about three big changes coming to the World War One shooter. Collectively, these changes culminate in what Gulotta calls “a revolution in Battlefield 1.”

The first major change, which has already occurred, is that DICE has committed to updating BF1 on a monthly basis. The first iteration of these monthly updates will be the two night maps, which are new to the game. These are “Nivelle Nights” in June and “Prise de Tahure” in July. These are actually an extension of the last expansion, They Shall Not Pass, so players who already purchased that expansion will get these night maps for free.

“This is something our players have been asking for,” says Gulotta. “They wanted night maps. They wanted trench warfare. We’re going to answer both of those demands in these maps.”

The next big change DICE is bringing to BF1 is the September expansion, In the Name of the Tsar. This will be the most extensive expansion pack DICE has ever released for one of its games. It moves the battle from the western front in France to the eastern front near Russia. In order to capture the scope of the eastern front, DICE has increased the map count in In the Name of the Tsar from the normal four maps to six maps. Along with the expanded map count, the expansion will introduce 11 new weapons, 4 new vehicles, and an entirely new army in the Russian forces. Of particular note here is the inclusion of the Russian women’s battalion of death and also an evolved Calvary unit called the Hussar.

The third and most important change, according to Gulotta, is an update to the online progression system and operations.

When initially considering how to expand and update BF1, Gulotta and his team committed to bringing both the French and the Russian armies to BF1. With the launch of In the Name of the Tsar, they will have fulfilled their initial ambitions.

“So, when we figure out what is it that we’re actually going to be doing,” says Gulotta, “we spend a lot of time looking at what our players are asking for. That’s going to affect what we do in our monthly updates. That’s how we got the night maps. That’s how we got the trench warfare. But we also have an idea internally of where we want the game to go and where we want the franchise to be going.” After In the Name of the Tsar hits this September, players can look forward to two more expansions.

The third expansion pack for BF1 is called Turning Tides and will launch in December. It will introduce the amphibious warfare of WW1.

The final announced DLC for BF1 right now is called Apocalypse, which will release in early 2018. Gulotta was tightlipped about this one and could only share a single sentence about it.

“All I can say is that it will include the most infamous battles of World War One,” he says.

A media scholar who also writes about video games for various outlets. He's interested in digital game production, media industries, residual media, and discourses around gender, race, and sexuality in media and production cultures.
MORE LIKE THIS
Battlefielddicee3 2017EA