Nex Machina, from the developer of Resogun, is out now 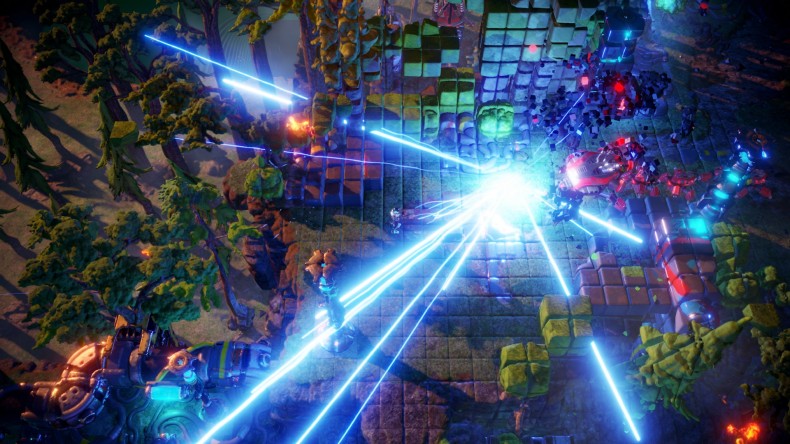 Nex machina is a homage to 1980s arcade classics while taking place in a future where machines have become conscious, overtaken human intelligence and taken on the task of eradicating their creators. In the game, players can strive for high scores in world, country, city and friend based leaderboards as well as in player ranks and monthly tournaments.

“Nex Machina is an intense, frenetic shooter that will test your skills in deep, layered gameplay, forcing you to juggle human lives while trying to stay alive”, said Ilari Kuittinen, CEO of Housemarque Games. “We’ve created a fully fledged arcade campaign that can be played solo or in local co-op with a friend. There are tons of alternative paths, secrets and an upgradeable character with access to six different special weapons.”

Have a read of our Nex Machina review here before you head over to Steam or the PS4 store where it is now available.