previous
Killer Klowns from Outer Space: The Game gets new trailer
random
next
Colossal Cave Walkthrough | How to get a perfect score
0 comments 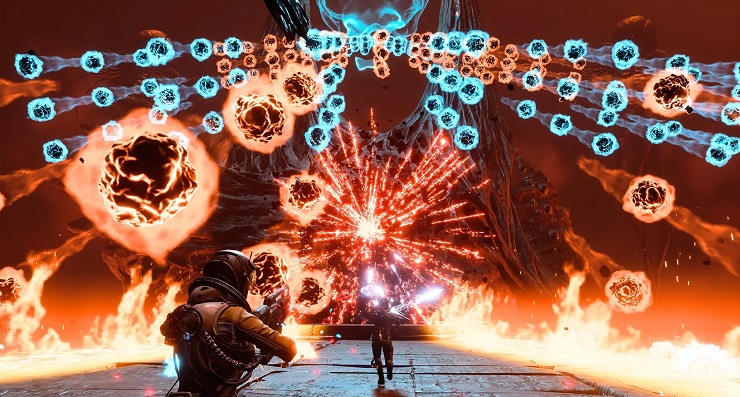 It has been announced today on the official PlayStation blog that Housemarque’s roguelike stunner Returnal is coming to PC on February 15. It was already made official that it would be coming this year back in 2022, but thanks to Mikael Haveri from Housemarque’s blog post, we now have a release date.

Some more details were revealed on the blog regarding performance on PC, including Returnal will support ray-tracing shadows as before, however, it will have support for RT reflections as well. NVIDIA DLSS and AMD FSR have also been added, and there’re two new resolutions: Ultrawide at 21:9 and Super Ultrawide 32:9.

3D Audio will also be available with compatible speakers and headphones, along with support for keyboard and mouse, and more customisation options to tailor controls for the player. The news of Returnal on PC is going to make a lot of players happy, and it becomes yet another PlayStation exclusive to make the jump to the platform.

We reviewed Returnal back when it released in 2021, and found it to be one of the best games, and shooters, of the year. We said, “Returnal is an exceptional game. The fluid, graceful movement and satisfying, punchy gunplay combine with a sense of exploration at once both wondrous and morbid, and a drip-fed progression system that makes you feel like you’re always discovering or unlocking something new. Elements that should feel at odds with one another feel effortlessly cohesive thanks to Housemarque’s deft touch and singular vision. Returnal may not appeal to everyone given its relentlessly dark nature and unwavering difficulty, but it’s an absolute must-play for anyone who craves a genuine challenge.”

Video games are cool. Don't let anybody tell you any different.
MORE LIKE THIS
housemarquePCreturnal