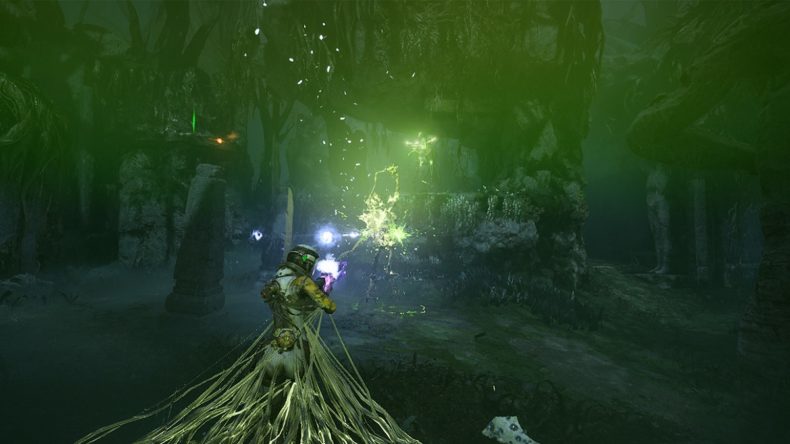 Another PlayStation exclusive is coming to PC next year, as Housemarque’s third-person roguelike shooter Returnal arrives in early 2023. Announced during The Game Awards, Returnal for PC will be making the jump to PC, with Climax Studios helping to create its arrival for when it releases.

There will be an array of PC-specific tweaks that will be revealed at a later date, as Mikael Haveri at Housemarque revealed in an official PlayStation blog post. “Rest assured that you will be faced with a cutting edge Housemarque challenge, and the bells and whistles are there to support the gameplay experience including the relentless challenge of the Tower of Sisyphus and online co-op mode.

For newcomers to the game, you’ll join Selene on a dark and mysterious planet called Atropos, where she is stuck in a cycle and predicament of cosmic horror scale. Take on ruthless enemies and flurries of bullet-hell waves of projectiles, contrasted against frightening ancient backdrops. The action gameplay at the core of the game reflects the struggle that Selene needs to overcome on her journey to learn more about the situation she is trapped in.”

We reviewed Returnal back in April, 2021, and said, “Returnal is an exceptional game. The fluid, graceful movement and satisfying, punchy gunplay combine with a sense of exploration at once both wondrous and morbid, and a drip-fed progression system that makes you feel like you’re always discovering or unlocking something new. Elements that should feel at odds with one another feel effortlessly cohesive thanks to Housemarque’s deft touch and singular vision. Returnal may not appeal to everyone given its relentlessly dark nature and unwavering difficulty, but it’s an absolute must-play for anyone who craves a genuine challenge.”

Video games are cool. Don't let anybody tell you any different.
MORE LIKE THIS
housemarquePCreturnal