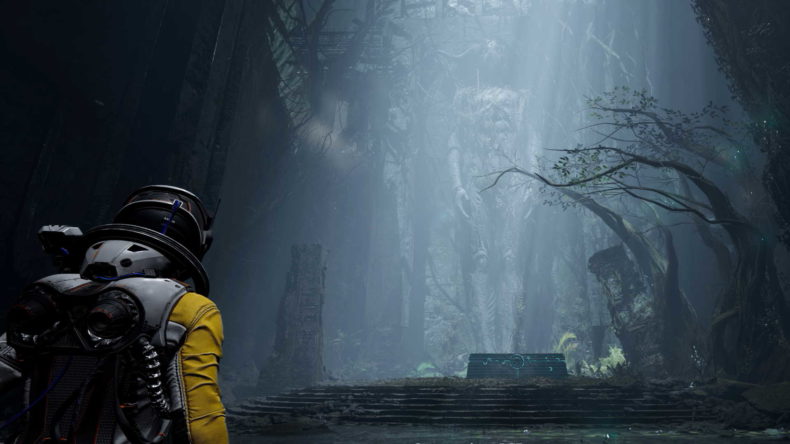 As one of the big PlayStation 5 exclusives, Returnal by Housemarque went down a treat, but it was missing one key element that’s now come to the game in the form of the “suspend cycle” option.

For those who don’t speak weird-space-future-lingo, suspend cycle is essentially a save game option that lets you pause what you’re doing, close down Returnal and go do something else. And that may sound odd, but beforehand, if you did that, you would lose your progress. Now, you can play another game and come back to Returnal with your suspended cycle and carry on where you left of. Isn’t progress wonderful?

In our 9.5/10 Returnal review, Mick Fraser said: “Returnal’s fluid, graceful movement and satisfying, punchy gunplay combine with a sense of exploration at once both wondrous and morbid, and a drip-fed progression system that makes you feel like you’re always discovering or unlocking something new”.

Curiously, one of the only major negatives against the game was that it “needs a save point system”, and while this isn’t exactly that, it’s pretty close. I wonder if Mick would give it a full 10/10 now? On that note, the Game Director, Harry Krueger, said: “There are some limitations in place – for example, players won’t be able to create a suspend point during Boss battles, cinematics, first-person sequences or during intense combat scenarios – as we felt there are certain moments in Returnal that are best experienced unfragmented to preserve the intended challenge and flow.”

In additional to the suspend cycle option, Returnal’s 2.0 patch has added a photo mode with extensive options. This is great news for those of you who like that kind of thing, of course.

We have loads of tips for those of you starting out the game for the first time now it’s been updated, such as: