previous
The Evil Genius 2 Cabal pack is out now
random
next
Returnal: How to get an Extra Life
0 comments

Returnal: How to get past the Red Barriers 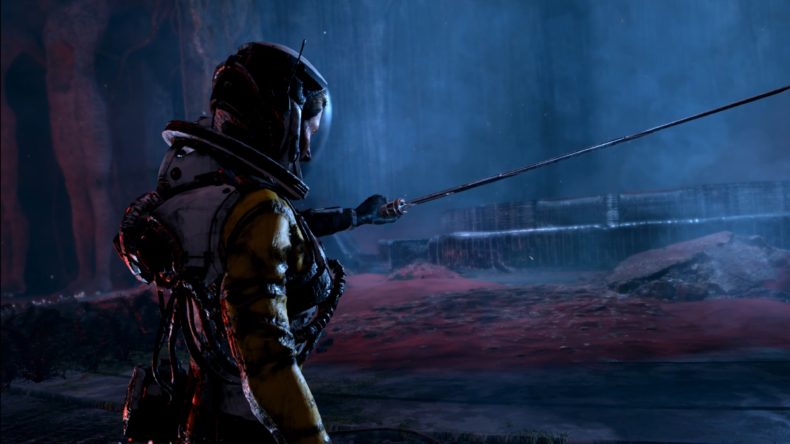 If you’ve started Returnal, you’ll have come across pesky red energy barriers that either impede your progress or protect enemies from damage. Seems a bit unfair, right? Well, luckily there’s a solution, and we’re going to help you find it.

What are the red barriers?

These barriers are comprised of crackling red energy and are impervious to gunfire. The ones blocking doorways are bad enough, but some of them surround the turrets and make for some decidedly one-sided fights. 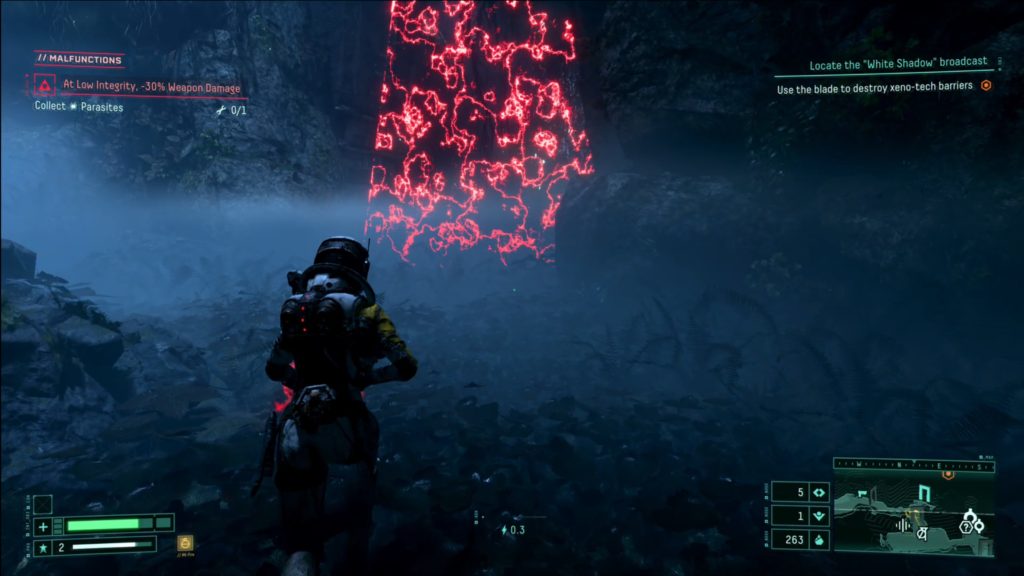 You’ll notice that when you approach them it says “Missing Xenotech required”. Well, that means you need to unlock something you haven’t found yet – in this case, a melee weapon that you’ll find if you continue pushing into the Overgrown Ruins.

Where is the Xeno Sword? 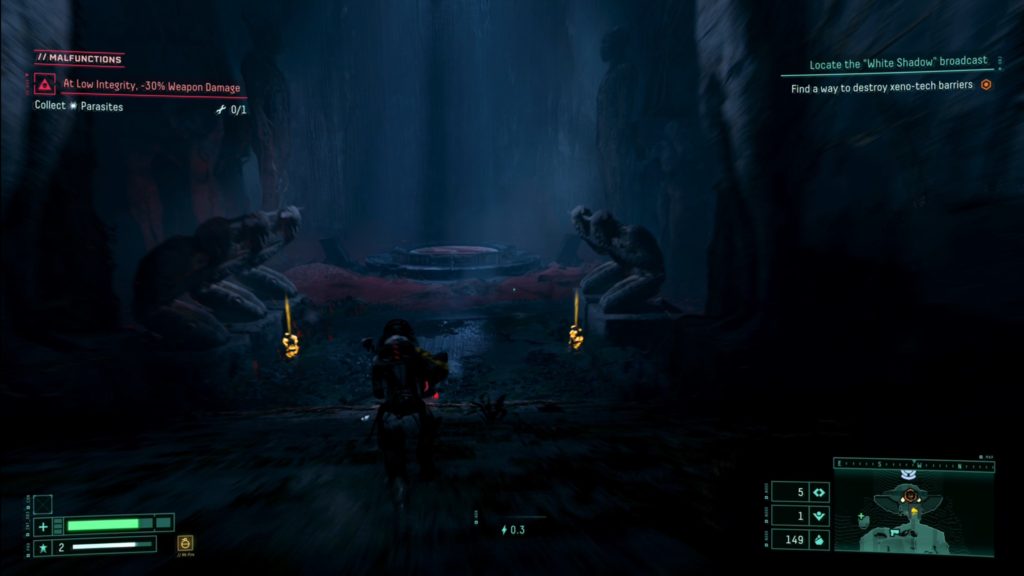 This is the gateway to the next area, which you won’t be able to open for a while. Don’t worry, though, go into the room anyway. On a corpse in front of it is the sword hilt, which allows you to destroy red barriers by pressing Square.

You can also cut down vines and smash through certain walls with it. Not only that, it’s also a powerful melee weapon that’s handy for staggering the Malformed Hostiles or obliterating low level grunt-like enemies in one hit. That’s it, you can now get through the Returnal red barriers!

Read how to farm Ether in another Returnal guide, here.

Want to reach those Grapple Points? Here’s our how-to guide!

Read how to get an extra life in Returnal

Senior Content Editor Mick has been playing games for over 30 years and writing about them for around 12. After drifting from site to site for a while, settling briefly at the now-defunct Made2Game and freelancing for the gone-but-not-forgotten NintendoGamer Magazine, he came at last to rest at Godisageek. Mick has been a reviewer, staff writer and content editor here for some time, while also moonlighting a little for Red Bull Games. He has 4 kids, has written 2 novels, and sometimes even manages to pay a bill or two. You'll usually find him defending the galaxy in Destiny 2, battling evil in Diablo 3, or lurking in the background on Twitter. Find him there @Jedi_Beats_Tank, or on XBL (JediWaster247), PSN (Jedi_Waster) or Nintendo (JediWaster).
MORE LIKE THIS
Guidesreturnaltips